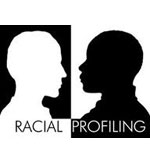 Organized by the Georgetown Business Improvement District, Operation GroupMe’s chat sessions have generated over 3,000 messages about suspicious people since January. Over 70% of those people reported about are black.

Here’s an example of one of the chat messages:

The Georgetowner first reported the misuse of the app back in August. Here is another message revealed:

Zara (1238 Wisc Ave NW) Derrick Loss Prev. frequently posts about African Americans without observing criminal activity. On Feb. 24, he wrote only about “2 suspicious aa males,” providing descriptions and their direction. He then posted, “FYI. If they do steal they are driving in a grey Oldsmobile…”

“AA” for African American is commonly used in the messages. While there has been abundant messaging about suspicious black people, the operation has resulted in “relatively few arrests,” according to Joe Sternlieb, chief executive of the Georgetown Business Improvement District.

Georgetown’s population is over 80% white, although prior to the 20th century it was home to a vast African American population. It’s also considered an upscale town, with the average household income at $149,339.

This isn’t the first time relatively-new technology has been used for racist purposes. Last year, controversy arose with the release of the SketchFactor app. The app allowed users to post about suspicious or “sketchy” behaviors they saw in the streets. Many of the posts were disproportionately made about people in minority communities. After creating a firestorm of criticism about the biased nature of the app, SketchFactor was eventually shut down.

A representative from GroupMe said in a statement to Black Enterprise, “We don’t condone any misuse of GroupMe and we take action on accounts when we are made aware of violations of our Code of Conduct and Terms of Service. Making GroupMe as safe as possible for our users is important to us.”