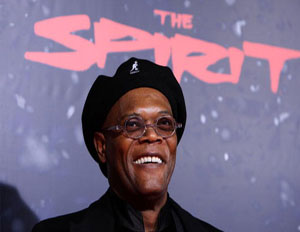 Guinness World Records has declared “The Avengersâ€ star Samuel L. Jackson as the highest-grossing movie star of all time.Â  In fact, Jackson has held the title since 2007, according to the well-known world records franchise .

U.S. District judge Paul Friedman ruled as many as 68,000 African-American farmers who were the victims of racial discrimination by the Department of Agriculture in the 1980s and ’90s may begin receiving compensation from a $1.25 billion settlement.

“I’m very pleased that this has resolved itself,” the judge said Friday. “It will provide relief to an awful lot of people.”

Black farmers who joined a class-action lawsuit claiming they can prove racial bias in decisions related to Agriculture Department programs and support can apply for one of two forms of relief: one would lead to an uncontested payout of $50,000 after taxes; the other could yield up to $250,000 for damages that are substantiated by documents and other evidence.

While most people can recall historic accounts of the Army’s Buffalo Soldiers or the Air Force’s Tuskegee Airmen, many have not heard of the first black servicemen in the Marines. Nearly 70 years after serving their country, the Montford Point Marines were honored with the Congressional Gold Medal. The recognition came Tuesday after the House of Representatives’ unanimous vote.