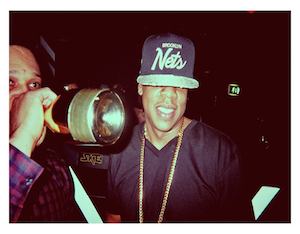 While it took investigative sleuths to figure out the year was 1969, today (Dec. 4) marks the rapper and entrepreneur’s 45th birthday. The Brooklyn, New York born hustler turned millionaire magnate has taken the negatives in his life and created pure diamonds. The Roc Nation founder has won Grammy’s, set trends, destroyed rappers in battle, married BeyoncÃ©, became a first-time father – all within the last half-century of his life.

His meteoric rise from the slums of the Marcy Projects led to him being groomed by one of the best mic controllers of all time (Big Daddy Kane). From there, he befriended and went toe-to-toe with one of the greatest storytellers in rap (The Notorious B.I.G.). And for the right price, even wrote songs for some of your favorite rappers – and Bugs Bunny. As the entire world commemorates Hova’s born day, we take a closer look at some of the participants on Twitter who want to wish Jay a ‘Happy Birthday’ personally!