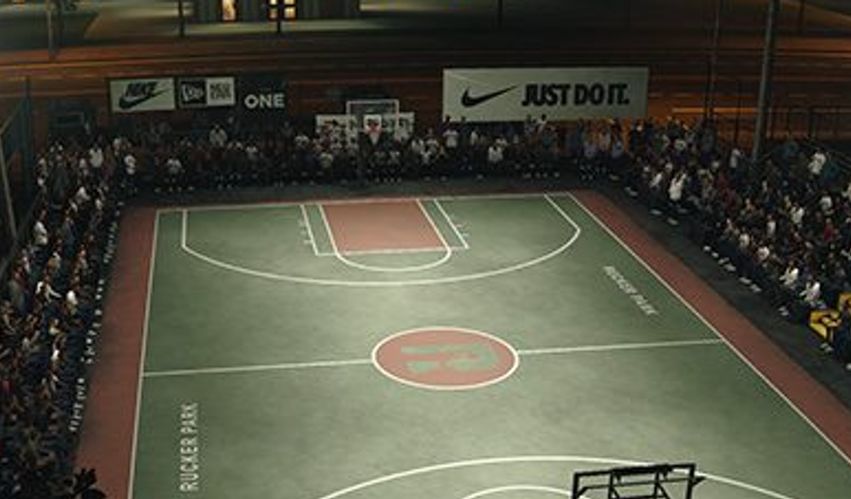 With the number of NBA players who have played in the infamous Entertainers Basketball Classic, more popularly known as the Rucker in Harlem, NY, it seems fitting that the planned renovation for the famed concrete asphalt court will be paid for by the union that represents NBA players.

According to Patch, the basketball court that has hosted the famed summer basketball league tournament for several decades is long overdue for a renovation. Thanks to an offer from the National Basketball Players Association, the basketball court, located on 155th Street and 8th Avenue (in the same area where the old Polo Grounds sports stadium once existed) will get a much-needed upgrade.

The NBPA approached the city and offered to funnel $360,000 toward the renovations that are set to start taking place this summer.

With athletes like Rod Strickland (Washington Wizards), Kobe Bryant, Allen Iverson, LeBron James, Kenny Smith (a veteran NBA guard before his Inside the NBA run), and a bevy of other superstar basketball players making a trip to play in the Rucker tournament, playing one game in the summer tournament became a rite of passage for current and future NBA players.

“You can’t talk about New York basketball without talking about the Rucker,” Michele Roberts, the executive director of the player’s union, told Community Board 10 in a zoom conference call. “At a very young age, [I] learned to appreciate how the Rucker is essentially holy ground.” Roberts had also mentioned that her brothers took her to the famed basketball park to shoot hoops when she was growing up in the South Bronx.

The renovation is scheduled to start around August and is supposed to last about 10 weeks. The project should be finished by the end of October.