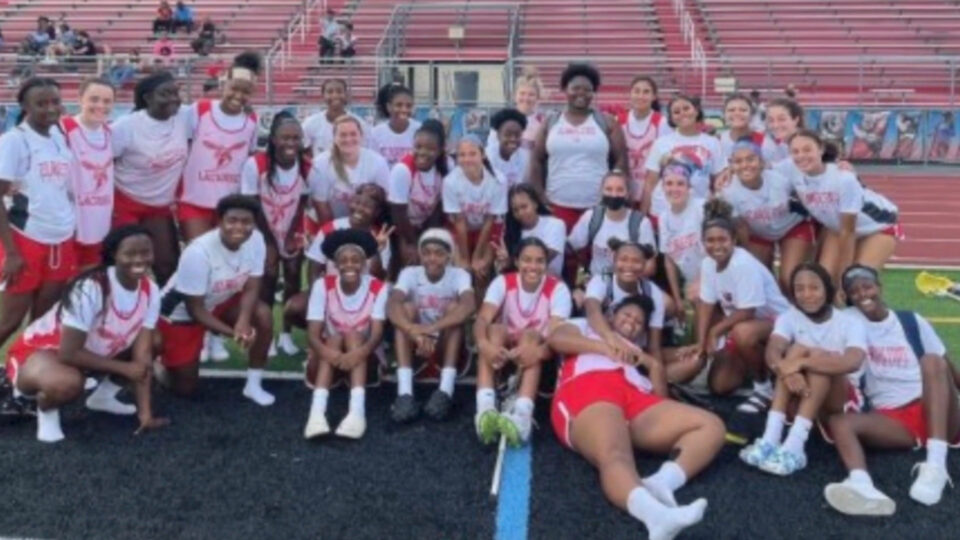 USA Today reports the Delaware State Hornets were traveling north on I-95 in Liberty County, Georgia, late last month, returning home from playing Stetson University in Florida. Police told the Hornets bus driver Tim Jones the bus was stopped because he was improperly traveling in the left lane.

However, a video taken by DSU lacrosse player Saniya Craft shows an officer saying, “If there is anything in y’all’s luggage, we’re probably gonna find it, OK? I’m not looking for a little bit of marijuana, but I’m pretty sure you guys’ chaperones are probably gonna be disappointed in you if we find any.”

Shortly after, Liberty County deputies began removing DSU players’ bags from the vehicle’s cargo bay after asking Jones to open it. Police also had a drug-sniffing dog on the scene.

Liberty County Sheriff William Bowman defended the stop in a public address Tuesday saying after speaking with deputies, reviewing video, and other facts of the incident, he does “not believe any racial profiling took place during the stop.

“Before entering the motorcoach, the deputies were not aware that this school was historically Black or aware of the race or the occupants due to the height of the vehicle and tint of the windows,” Bowman added in the address.

Bowman also said that “no personal items on the bus were searched,” however multiple accounts by DSU lacrosse team members dispute that claim.

According to The Hill, Gov. Carney and other state politicians have condemned the unwarranted stop and search.

“Moments like these should be relegated to part of our country’s complicated history,” Carney said, “but they continue to occur with sad regularity in communities across our country. It’s especially hard when it impacts our own community,” Gov. Carney said in a statement.

Police searched the bus, but the only thing they found was a wrapped box belonging to senior Aniya Aiken. Police questioned Aiken about the box, which she said was a gift from her family and her aunt told her not to open it until she got back to campus. Deputies opened the package and found a jewelry box, which they returned to her open.

No one was charged and nothing illegal was discovered in this search.