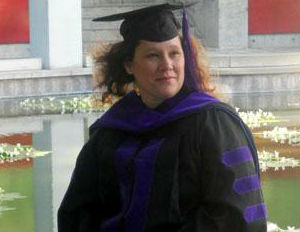 A former employee of Winston-Salem State University says the historically black institution fired her because she is white.

“In my opinion, had I been African-American, they would not have fired me,” said Shira Hedgepeth, former director of academic technology at the university in North Carolina.

“They had no documentation of any problem with my employment. I was highly regarded as a qualified employee.”

Though the university has categorically denied Hedgepeth’s accusation, the Equal Employment Opportunity Commission ruled that her race played a factor in her termination. Hedgepeth says she was fired without warning after working at the university for three years.