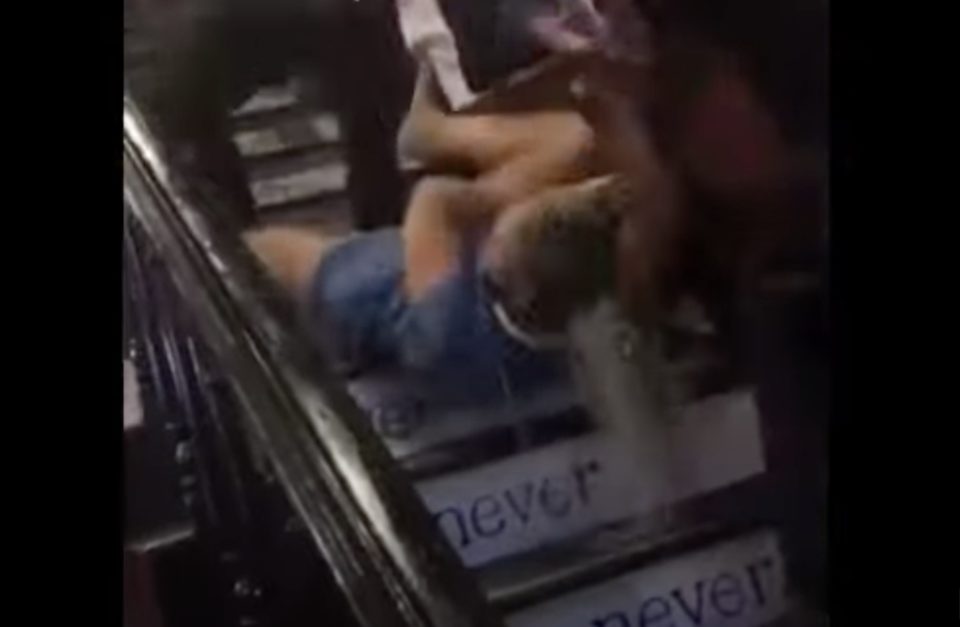 In an incident caught on video, an HBCU student was dragged  by her hair out of a bar and down steps in Washington, D.C. by an aggressive security guard.

Keisha Young, 22, a student at Morgan State University, was dragged down a flight of stairs at Nellie’s Sports Bar on Saturday night, DCist reported. The graphic video circulated widely on social media and in response, protests have erupted on the streets of D.C.

In an interview with WUSA, the Washington, D.C. CBS affiliate, Young said she was misidentified as someone who brought in her own bottle from home.

Young said she was innocent.

“We were incredibly upset and disturbed to see the unfortunate event that took place at Nellie’s last night. We are undergoing a full investigation of the situation. At Nellie’s we foster an inclusive and safe environment, so events like this are completely unacceptable to us,” Nellie’s management wrote in response to a Sunday protest.

The security guard was originally hired through an independent vendor for Pride Week. On Monday, Nellie’s fired the vendor.

“Our investigation into the matter is ongoing, and we will cooperate with any law enforcement investigation, however we do not need to wait for the investigation’s conclusion before we take decisive action,” the bar said in a Facebook post. “We offer a heartfelt apology to all who witnessed the horrific events of this past weekend. No matter what behavior occurred prior, nothing warrants mistreating, and disrespecting, one of our guests.”

The bar closed this week to assess the situation. It will continue to pay its non security staff as normal.

Despite the apology she received from Nellie’s and the termination of the security guard, Young is not satisfied.

“She does want justice,” her lawyer, Brandon Burrell, said. “So we’re going to at least do our part to file the report and see what the prosecutors make of that.”

A GoFundMe page was created to pay for her legal expenses as well as her mental health services. Young says she has suffered bruises, body aches, and hip pain, and the experience has caused her anxiety and humiliation.