Is Herbalife A Scam or a Way to Success? - Black Enterprise

Is Herbalife A Scam or a Way to Success? 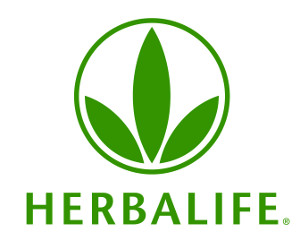 Herbalife, a company that sells weight-loss shakes, vitamins, and other health products has been around for more than 30 years. The company doesn’t sell its products in stores; rather it uses a system where individuals sell the products on their own. These people can then make more money by signing up other people to be Herbalife distributors. Yet, many often ask: Is Herbalife a scam?

This structure is known as multilevel marketing (MLM). Amway, Avon, and Mary Kay are examples of big companies that operate in this manner successfully.

The managers of two major hedge funds, Bill Ackman and Dan Loeb, weighed in on whether Herbalife is truly an MLM company. Ackman asserts Herbalife is not a legitimate company and has created a website that he says proves his claim that the company’s business model is actually a pyramid scheme. Loeb feels Herbalife will survive the challenge brought on by Ackman, and purchased Herbalife stock.

Herbalife officials assert that they are indeed, a legitimate business– selling products to people who actually want to use them. The company recently commissioned a survey which found 90 percent of people who buy their products are not distributors, instead they’re  people who want to drink their shakes.

Des Walsh, the company’s president, says Herbalife has been doing steady business for years in Iceland and other small countries where a pyramid scheme wouldn’t be able to endure.

This debate caught the attention of the Federal Trade Commission. Within the $28.5 billion MLM industry, the agency only offers guidelines to determine if a business is legitimate. The FTC does not have any specific regulations in place for the industry.  It feels the public would be better protected by law enforcement taking action against fraudulent outfits. The FTC was working on a new rule to require Herbalife and other MLM marketers to provide prospective sellers a sheet that includes support for earnings claims, a list of previous legal action against the firm and it’s cancellation policy. This idea was met with multiple objections and an internal study that was commissioned concluded “the rule would not work very well with the MLM business model,” according to Monica Vaca, assistant director of the FTC’s Division of Marketing Practices.