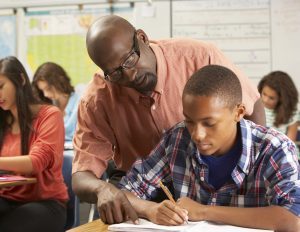 Today, President Obama announced that the U.S. has reached another educational milestone: the high school graduation rate is now a record 83.2%.

Graduation rates increased for all demographic groups, but English language learners and black students made the greatest gains, increasing 8.1% from 2010—2011 to 2014—2015, and 7.6% from that same time period, respectively.

Acknowledging that much work remains, U.S. Education Secretary John King in a press call credited not only the many investments and resources that the Obama administration has made to support this progress, he also credited “teachers, families, and school communitiesâ€ for doing the hard work that has yielded these positive results.

Graduation Rates Are Up

Although the president’s goal has been to better prepare students for college and career by teaching to readiness standards, high school graduation isn’t necessarily synonymous with having met that goal. But even here, some progress is being made.

North Carolina State Superintendent June Atkinson said that concurrent with the increase in her state’s high school graduation rates officials have also seen that North Carolina’s community and state colleges have cut their remediation rates almost in half. “That’s one indicator that that diploma means something,â€ Atkinson said.

In order for students to persevere and graduate, they have to care about school. Richard Ognibene, a chemistry and physics teacher, described several efforts that seem to be bearing fruit at New York’s Fairport High School.

“Nothing’s more important than giving everyone the best education possible,â€ Ognibene said. He recognized the hard work that teachers do daily to improve outcomes, but also stated that “it takes a village to improve graduation rates.â€

Here’s how that “villageâ€ looks from Ognibene’s perspective. Starting with good instruction, other supports that keep students on track include the following:

Asked if President Obama could be credited for this progress, Secretary King acknowledged that this administration has built on the work of previous administrations. But he also said that key policies of the president’s, such as Race to the Top and investments in preschool, had made a difference.