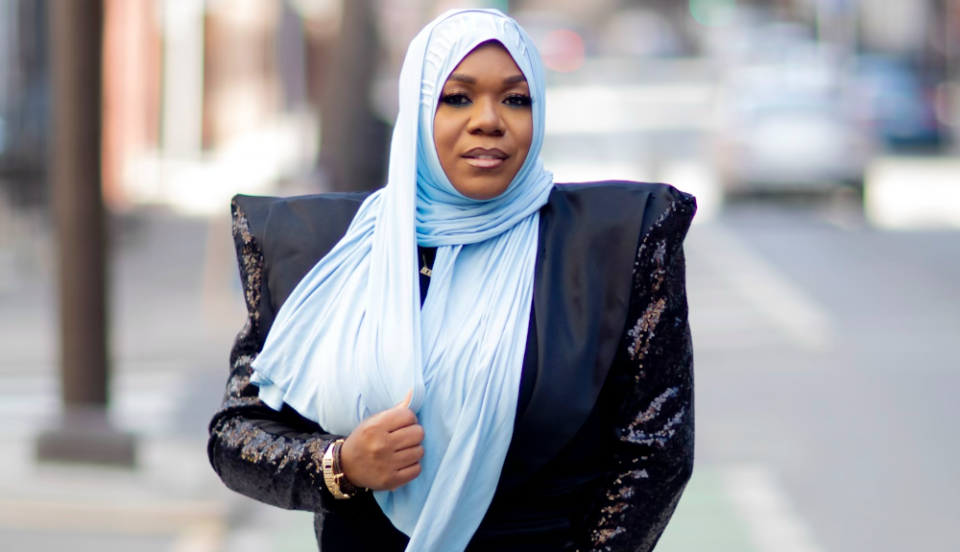 Hijabified Clothing is a brand geared toward Muslim men and women built on modesty and being stylishly covered.

North Philadelphia native Niddarah Winters started Hijabified Clothing in 2016 with the sole purpose of creating an outlet for Muslim women to be fashionable while adhering to their religion. Hijabified Clothing is characterized by hard work, dedication, and a hyper-focus on satisfying customer’s wants and needs. With a new flagship location in Philadelphia, Hijabified Clothing has expanded its audience globally through word-of-mouth, internet exposure, and a heavy social media presence.

Success has not come without sacrifice for Winters and her brand. Working a 9-to-5 job as a city sanitation worker while growing Hijabified Clothing has been a balancing act for the single mother.

BLACK ENTERPRISE talked with Winters about challenges she faces, balancing a 9-5 and entrepreneurship, and advice for Muslim women in fashion.

How did you get started?

I started in 2016 with T-shirts, but they did not sell as well as I had hoped. I stopped for a year and relaunched a new collection in 2018. In 2019 I began doing the Shayla or head scarfs, and the line started to take off.

Why is Hijabified Clothing important?

Hijabified Clothing is important because my religion is about modesty, and being modest in what I wear. I want my clothes to be fashionable and cute while respecting my religious beliefs.

What challenges have you faced along your journey?

There have been on- and off-again challenges. My biggest challenge is within the Islamic community and backlash on how my Hijabified Clothing is worn or styled. At the same time, I do have a lot of support from both Muslim and non-Muslim customers.

When did you realize that Hijabified Clothing could be a success?

I always felt that it could be successful, but I did not know how long it would take. I still have T-shirts from 2016, but failure or disappointment did not stop me. I was inspired when people wanted to wear Hijabified Clothing. Beyond wearing the line, people began sharing and talking about it on social media. As more and more people supported my confidence grew, and I knew this could be something special. We have influencers and recognizable people like former NBA player Stephen Jackson supporting the line.

What advice do you have for young aspiring entrepreneurs?

Being a single parent working in sanitation with a son who has a developmental delay keeps me motivated. I had to continue to work my day job and continue to build my business. I knew it would be hard, but there is no other way. Keep going no matter what. You will undoubtedly experience setbacks and failures, but it’s how you use this to propel forward. Surround yourself with genuine people, have faith, and believe in what you have to offer the world.