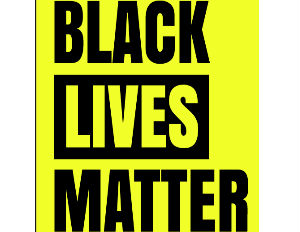 I think we need to look at what are the niches we have to fill, so that more people can find the help that they specifically need. I’m excited by this. Most new jobs in America are started by small businesses as they grow, and we have got to get back into the job creation business. And you can’t do that if you don’t support small businesses.

On rumors that Hillary Clinton started the ‘birther’ (that alleges that President Obama is not a ‘natural-born American’) and once had a confrontation with Obama about it:
First of all, it is totally untrue. Secondly, the president and I have never had any kind of confrontation like that. This is such a bad example of what is wrong with instantaneous reactions and Americans getting all worked up and people feeding prejudice and paranoia like Donald Trump.

And, obviously, all of us have to stand against it, and I have been blamed for nearly everything. That was a new one to me, but I’ll just keep going and talking about what I want to do to get incomes rising and making college affordable, and making all of the positive changes that we have to be worried about.

It is a mean spirited, partisan attack on an organization that has been there for women, often the only place that young women, lower-income women, have been able to go and get treated with respect and get the kind of healthcare they deserve. What you see is the ongoing debate over abortion, and everybody can have their own opinion about that. It is legal and therefore in those facilities, which are a minority of the facilities of Planned Parenthood, where abortion is provided (and not using one federal dollar to do it), the Republicans want to basically destroy the entire program that Planned Parenthood stands for. I am adamantly opposed to that.

On Black Lives Matter and issues with law enforcement:
We ought to be looking at what we are going to do to lead on social justice by admitting and taking on the systemic racism that we still face in America. Just look at, you know, how President Obama has led us through difficult times and every step of the way, faced unrelenting opposition and obstruction and, once again, here in this campaign, we are seeing a lot of those same voices and forces coming up and trying to, you know, turn the clock back.

So what I hope we can do is come together around reforming criminal justice, but not just reforming the inequities that exist—the disparities that unfortunately persist—but looking at how we are going to close the opportunity gap and in particular, how we are going to help young people, and predominantly, you know, young men, have different choices because they have different opportunities so, this is a big issue for me

(Listen to the full interview here.)