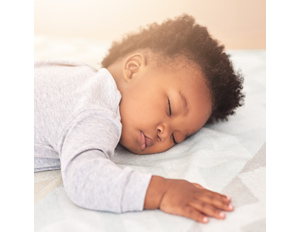 Sleep Awareness Week 2017 is in full effect, and if you’re struggling to barely clock six hours of shut-eye, or even the recommended eight, this may be the time for you to challenge yourself. Sleep Awareness Week is anÂ annual campaignÂ by the National Sleep Foundation. This year, it runs from April 23-29, withÂ the theme “Sleep Better, Feel Better.” The purpose is to encourage the public to prioritize sleep, in order to improve overall health and well-being.

It’s no surprise that consistently getting a sufficient amount of hours leads to optimal productivity, better decision making, andÂ even effective leadership behavior.Â So, if you’re still sidestepping an earlier bedtime routine, or you’re procrastinating about creating a zen-like sleep space, and find yourself scrolling social media late into the night–you might want to read on.

According to the NSF’s Sleep Health Index, “More than four in 10 Americans reported that their daily activities were significantly impacted by poor or insufficient sleep at least once during a given seven days.”

“Whether using a sleep device or simply monitoring patterns, Sleep Awareness Week presents a great opportunity for the public to take note of their current sleep behaviors and adjust their routines to make sleep a priority,”Â Hirshkowitz says.

Whether you’re a CEO or budding entrepreneur, a C-Suite exec or an overloaded desk dweller aiming to climb the corporate ladder, the sleep tips below can help you get started on getting better sleep, which will lead you closer to those professional and personal goals while allowing you to feel better–a win-win for your health and your career.

1. Get a Sleep Tracker

NSF’s Sleep Health Index also shows that more Americans are tracking their sleep; 7% are using trackers to get insight into their sleep patterns.

Wearable trackers include theÂ FitBit Alta HR and The Jawbone Up4, activity trackers that also monitor sleep duration and show your time in light, deep, and REM sleep. These tools can help you understand your sleep quality, and both also provide insight on how to get more substantial rest each night.

If you don’t want a wearable sleep tracker, The Aura, which is usually used for those who regularly suffer from poor sleep, can be placed on your nightstand. The popular Beddit 3 sleep tracker is also a thin sensor that can be placed under your pillow. It monitors sleep quality, duration, heart rate, and respiration rate.

2.Â Step Away From the Phone or Computer

Recent research showsÂ that blue light emitted by electronics and energy-efficient lightbulbsÂ throw offÂ the body’s circadian rhythm,Â worsening sleep quality. According to Harvard Health, research shows thatÂ this mayÂ contribute to causing cancer, diabetes, heart disease, and obesity–though it’s not exactly clear why. While exposure to light suppresses the secretion of melatonin,Â the hormone that influences sleep, blue light suppresses the secretion of melatonin even more. Stepping away from the phone, computer, and TV at least an hour before bed can help. It also helps to turn off the lights earlier, if you can.

From clothing, to quality sheets, and a great mattress–comfortable sleep gear can help to get your mind and body ready for a good night’s rest. Integrative Medicine Doctor, Tiffany Lester of Parsley Health in San Francisco,Â suggests making this a priority and a ritual.

We didn’t know this was a thing either, but you can take a weekend awayÂ for some much-needed, nourishing, and restorative rest. This is not something just for CEOs–some hotels offer packages,Â like Westin Times Square’sÂ Sleep Well Package, which includes a menu with sleep-enhancing, nutritious superfoods, sleep-inducing products, and spa treatments.

This could mean doing some deep breathing exercises, which can actuallyÂ reduce stress and lower inflammation in the body. Perhaps it’s a pre-sleep shower or bath, doing stretches, having visualizations,Â or simply writing down any worries or goals for the next. Whatever it is, having a bedtime ritual can help you power down and clear your mind, priming it for sleep.