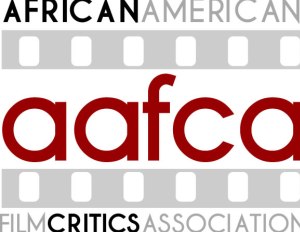 What Really Happened At Arsenio?

Many were blindsided when news broke late last week that the Arsenio Hall Show was being canceled effective immediately. Although the show had only performed modestly in the ratings, many were optimistic that ratings would improve after the show was renewed earlier this year.

However, according to a show insider the real reason for the show’s demise had more to do with a power play between its partners CBS Television Distribution and Tribune Broadcasting. Word has it that Tribune wanted the show’s executive producers and its head writer out, and when that wasn’t done, decided to pull the plug.

“There was a bad climate on set due to the poor quality of the script (particularly the skits), as well as other elements,â€ says a production executive from the show. “We all suspected that something was up we began our scheduled hiatus two weeks ago without a return date. So when email arrived last week requesting a conference call, everyone had a feeling about what was about to go down. It’s a real bad situation because the show being canceled means that about 100 people are out of work.â€

Since the cancellation was announced, Arsenio is said to have suitors on the cable side, so there is a possibility for its return. Stay tuned.

NOT MUCH TO SAY ABOUT CANNES

The lights have dimmed at the 2014 Cannes Film Festival without much fanfare according to insiders who were in attendance this year. “It wasn’t the greatest year,â€ says one festival-goer who has attended the seaside festival for more than 10 years. “There was no “big moment,â€ says another Cannes veteran. “No Woody Allen, no Terrance McNally, no Lee Daniels. The festival lacked the “rock starsâ€ that people who attend each year expect to see.â€

Although the legendary festival didn’t produce any film sensations that usually accompany its nine-day run, the international film marketplace did provide exposure to some memorable films that [if we’re in luck] will hit US shores soon. The biographical drama “Foxcatcherâ€ starring Channing Tatum, Steve Carrell, and Mark Raffalo created great buzz for its strong performances and direction. Its director Bennett Miller (“Money Ball,â€ “Capoteâ€) took home the Best Director Award in the main competition.

Other notable film highlights included the film “Winter Sleep,â€ a stirring drama that examines class conflict in Turkish society, will most certainly find a home at U.S. art houses in the coming months. “Run,â€ a film from fledgling Ivory Coast director Philette Lacote was the first film ever screened from that country at the festival. Dramatically capturing the Ivory Coast’s long-running war as seen through the eyes of its 21-year-old protagonist named Run, Lacote’s sophomore film was a definite standout.Â  Another, “Girlhood: Bande de fillesâ€, provided a provocative character study of a young African girl (the striking Karidja Toure) as she seeks her path in life amidst challenging circumstances in urban Paris.

All in all, while not a blowout, the Cannes Film Festival 2014 did deliver glimpses of some promising films that cinephiles should look out for in the coming year.

A Very Special Guest on the Set for “Ava Duvernay’s: Selmaâ€

Atlantans were on “Oâ€ alert when Oprah Winfrey arrived on the set of Ava DuVernay: Selma, for a three day shoot. Insiders report that Winfrey brought a very happy chemistry when she arrived on set to portray the late Anna Lee Cooper, who was one of the foot soldiers for the movement. The supreme “Oâ€ was described as very focused and brought a level of dramatic intensity as she delivered a performance that should prompt Oscar buzz when the film is released this fall.

Filming is underway in Trinidad and Tobago for the upcoming comedy “Grown Girls Getaway,” starring Garcelle Beauvais, Melinda Williams, Essence Atkins, and Terri Vaughn. Directed by Roger Bobb, the film is about four longtime friends who take a Caribbean bonding vacation and experience fun and danger. Sounds pretty exciting to me! We’ll make sure to give you an update on air dates.

This acclaimed director worked as an intern for then music video director Eric Meza in New York. He then moved into music videos himself, directing videos for ChantÃ© Moore,Â Eric Gable and others before moving into the feature world, including a film for which his lead actor won an Academy Award. Who is he?

The African American Film Critics Association that represents the leading black film journalist in the world. Visit www.aafca.com AAFCA is a federally registered trademark. Copyright 2014 by AAFCA. All rights reserved.