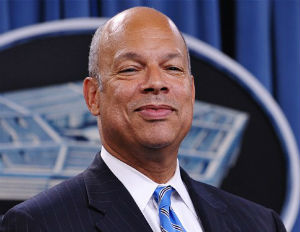 The Department of Homeland Security will open a satellite office in Silicon Valley.

The announcement was made by its chief, Secretary Jeh Johnson, during the cybersecurity-focused RSA Conference in San Francisco, reports CNET.

“We want to strengthen critical relationships in Silicon Valley and ensure that the government and the private sector benefit from each other’s research and development,” Johnson said, according to the San Jose Mercury News. “And we want to convince some of the talented workforce here in Silicon Valley to come to Washington.”

The “tour of serviceâ€ for America would add another opportunity for techies in the region focusing on cybersecurity–an issue of contention between tech companies and the U.S. government ever since whistle-blower and former contractor Edward Snowden leaked evidence that the National Security Agency had been spying on U.S. citizens’ and foreign figures’ phone and online records.

According to the Washington Post, Johnson’s speech gave a nod to President Obama’s growing opposition to the advanced encryption being used to keep hackers out of personal files and data. Much of that same technology has also been problematic for law enforcement officials when they are trying to access private records.

“Our inability to access encrypted information poses public safety challenges,â€ he said. “In fact, encryption is making it harder for your government to find criminal activity, and potential terrorist activity.â€

By contrast, Snowden has advocated for technology companies to employ better encryption to protect clients’ data out of the government’s reach.

Still, according toÂ USA Today, the move is seen as an olive branch to Silicon Valley, while also pushing back against the ongoing moves by tech startups and giants to digitally encode computer traffic to protect it from outside glimpses.

The opening date and location of the office–which Johnson said would “serve as a point of contact for our friends hereâ€–have yet to be revealed, according to the San Jose Mercury News.