A hospital is owning up to its wrongdoing but claiming it had nothing to do with the death of a Black doctor who was suffering from COVID-19.

Dr. Susan Moore was admitted to the Indiana University Health North Hospital in Carmel, Indiana, on Nov. 29 after testing positive for COVID. Within days of her hospitalization, Moore complained about the doctors not listening to her pleas to receive Remdesivir, an antiviral drug that has been used to treat COVID-19, Atlanta Black Star reports.

At the time, Moore said the white physician bypassed her comments of being in pain and even threatened to discharge her. “I was crushed,” she said in a Facebook video. “He made me feel like I was a drug addict.”

As a medical professional herself, Moore knew how to advocate for the treatment she knew she deserved at the hospital. “I put forth and I maintain if I was white,” she said in the video post, “I wouldn’t have to go through that.”

After being discharged from the hospital on Dec. 9, she returned 12 hours later after her temperature spiked and blood pressure dropped. She was transferred to Ascension St. Vincent Hospital Carmel and placed on a ventilator where she said her treatment improved. However, Dr. Moore died on Dec. 20.

Now, following a review into her mistreatment at UI Health, the hospital’s CEO is admitting to the racial bias she endured following a panel review.

“The medical management and technical care Dr. Susan Moore received at IU Health did not contribute to her untimely death; however, there was a lack of empathy and compassion shown in the delivery of her care,” Dennis Murphy, CEO of IU Health, said in a written statement. “Cultural competence was not practiced by all providers and several caregivers lacked empathy, compassion and awareness of implicit racial bias in the delivery and communication of Dr. Moore’s care.”

Though no hospital staff will be terminated, Murphy said they will receive diversity training while on administrative leave. All hospital employees will undergo racial bias training “to enhance compassion, encourage empathy and facilitate an optimal patient experience” with a focus on “mitigation, unconscious bias, microaggressions and anti-racism to foster an inclusive culture.”

The hospital will also hold meetings with community organizers “to publicly acknowledge the history of racism in healthcare and Indiana, and how IU Health will work toward reconciliation and change.”

In January, a state lawmaker responded to Dr. Moore’s mistreatment by drafting a bill that would require cultural awareness training for healthcare professionals in the state of Indiana. 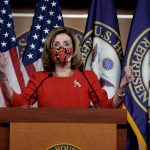 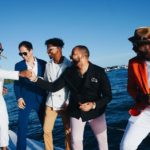