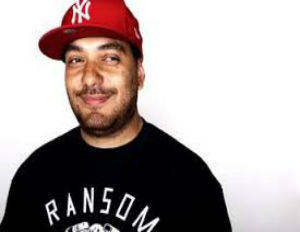 “Effective immediately, Cipha Sounds is no longer with WQHT.Â  We wish him well on his future endeavors,” the station representatives said in a news release.

Sounds had been with WQHT for 17 years. Less than one day after he critiqued he organization for the way they handled his removal on a live podcast, he got the boot.

Last week, the station announced Nessa Nitty will replace Cipha as the permanent new afternoon host. Sounds had began hosting the 3-7 p.m. slot when Angie Martinez started work at Hot-97’s longtime competitor, WWPR (105.1 FM) last summer. The radio staple said he felt blind sighted by the hasty announcement of Nessa Nitty to be his replacement as afternoon host. Â On Monday, Sounds talked to Hot-97 morning co-host Peter Rosenberg during the popular “Juan Epsteinâ€ podcast, where he explained he wished he was at least considered for the position and how he never saw this coming. “Our corporate bosses don’t know me,â€ he added, “One boss told me one thing, another boss told me another thing, they then fired one of those bosses, another boss came in an told me one things, and then a boss of another station came in and became our boss and told me another thing. All nice people, all different opinions on what the show should be and how it should run.â€

Cipha also told Rosenberg that he holds no ill feelings towards Nitty and respects her talents, but he was disappointed with the way Hot-97 handled the situation. Sounds was otherwise unaware of the persistent perusal of Nitty to take his spot. Nearing closing, Sounds said that he was offered a position from Power before Martinez took the plunge, but his loyalty led him to remain a part of the Hot-97 team. This change is one in many Hot 97 has made over the last several months, including the addition of an innovative program director.