How to Negotiate a Better Financial Aid Package 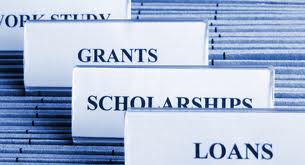 In addition to buying a home, funding a college education is probably one of the most expensive purchases you’ll ever make. According to the CollegeBoard, the cost of a private four-year college education is about $109,000, while a public four-year college costs $30,420 for in-state students and $47,960 for out-of-state students. However, parents and students have found creative ways to finance their education. Among them are volunteer programs offering college graduates money to repay loans based on the number of hours worked, and working in careers with a loan forgiveness benefit such as teaching elementary school in underserved neighborhoods.

However, it takes some effort to get a better package if you’re not satisfied the first time around. Karen and Ronald Burks Sr. of Mitchellville, Maryland, have three children in college–Ronald Jr., a 21-year-old senior at Virginia Military Institute; TrÃ¡, a 19-year-old sophomore at Coppin State; and Brandolyn, a 19-year-old sophomore at Temple University. With a fourth child, 16-year-old Katherine, entering her senior year of high school this fall, the Burkses set out to get the best financial aid packages they could get. So when Karen, 49, saw Brandolyn’s $8,000 award from Temple, she said she had to “go back and explainâ€ why they should increase her daughter’s financial aid. Her argument, which she put in an appeal letter: Fifty-one-year-old Ronald’s recent layoff left the family in need of more assistance. She also explained that she had two other children in college, and altogether, tuition for the three schools would total more than $75,000 per year. Though Ronald Jr. had received scholarship money to pay for most of his education, the family couldn’t afford to pay $32,000 to Temple and $11,000 to Coppin State. The financial aid office got back to the Burkses 30 days later. When the verdict came in, Brandolyn’s financial aid package, made up of scholarships, grants, and loans, increased to $13,000. Karen repeated the process for TrÃ¡, once again writing a letter asking for more money. About a month after she sent her appeal letter, TrÃ¡ was awarded an additional $1,800, bringing his financial aid package to $6,700. “The schools saw the number of children we had in school, and our salaries, and they took all that into consideration,â€ Karen says.