How to Negotiate the Best Deal on a New Car 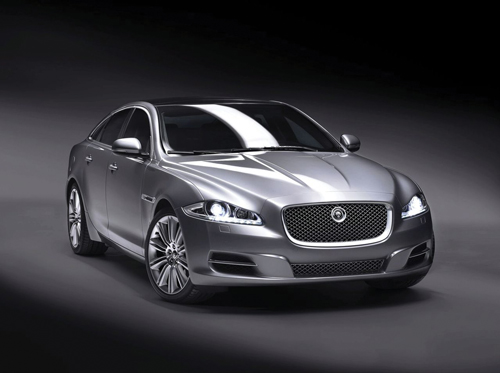 When Jon Hickman’s 12-year-old Chevrolet Blazer broke down last August, the last thing he wanted to do was overpay for a new car. So before he bought a Nissan Murano, he did some research. “Once I figured out how much the dealer paid for it, I was going to shoot for something right around that price,â€ he says. The 36-year-old Web developer from Sterling, Virginia, wanted to pay about $38,000, but the salesman had a different idea. “He told me $42,500â€ Hickman says. “I told him that was more than I could pay and started to walk out.â€ The salesman went down $1,000, but Hickman still balked. Finally, after five hours of wrangling, the sales manager agreed to Hickman’s price of $38,000. “He had a pained look on his face but I got the price I wanted,â€ Hickman says. As Hickman found, consumers have more control than they realize over what they ultimately pay for a new car. For most cars, there’s a window of approximately $3,000 between what the dealer asks and what the dealer paid for the car, says Philip Reed, senior consumer advice editor for auto-buying site Edmunds.com. Anything within that difference is fair game for negotiation. However, consumers who want the best possible deal on a car must have the ability to haggle, experts say. The good news is that with a little information and a few simple tips, anyone can negotiate and score big savings.

Before entering a car dealership, you should know these 3 things:

Your financial picture. “Your credit rating tells you what you can afford, so you know how much flexibility you have in bargaining. It also gives you an idea of what the financial industry thinks you can afford,â€ says Warren Brown, automotive columnist for The Washington Post. Naturally, the better your credit rating, the more bargaining power you have. If your credit isn’t so good, a willingness to put down a 20% to 30% deposit on the car can increase your leverage, says Jeff Fortson, editor of JeffCars.com. Try to get pre-approved for a car loan by your bank or credit union, adds Reed. Then, let the dealer try to beat your rate. The car’s worth. Several sites will help you determine a good price for the car, including Edmunds.com, KBB.com, JeffCars.com, Cars.com and Autobytel.com. The manufacturer’s suggested retail price, also known as the sticker price or asking price, is the first number a dealer is likely to throw at you. A lower number is the invoice price, the approximate amount that the dealer spent for the car. Since dealers often get bonuses if they sell a high volume of cars, “they will in some cases sell a car at invoice price or less,â€ Reed says. Also helpful are Edmunds.com’s proprietary True Market Value figures, which are a compilation of what people across the country paid for a particular vehicle. The websites of dealers and automobile financing companies can also provide information about rebates and current incentives.

Your old car’s trade-in value. If you’re going to trade in the car you’re currently driving, do your research, says Fortson. Take your vehicle to a place that buys used cars, such as used car chain CarMax, to get it appraised in advance. When you get to the dealership, “you can negotiate from that appraisal,â€ Fortson says.

To get the best deal:

ï»¿Build rapport. Choose a salesperson you feel comfortable with. “If a dealer is disrespectful, leave,â€ says Brown. Don’t let the salesperson know that your car is on its last leg or that you’re in love with a particular vehicle. Also, practice patience. “They are going to try to create a sense of urgency, telling you, for example, that the car’s not going to last the weekend,â€ cautions Reed. But remember, “It’s not the last car in the world like that.â€ Websites such as Beat The Car Salesman (www.beatthecarsalesman.com) and AOL Autos (www.autos.aol.com) offer information to consumers on effectively communicating with sales associates and getting the best deal. Start low. Know that the salesperson is going to start with a high price. When he or she counters your offer, don’t be afraid to counter again, and be prepared to walk out if the salesperson refuses to meet your price. “I have a friend who walks out three times,â€ says Reed. “We call that negotiating with our feet.â€ In addition to car values, the Kelley Blue Book iPhone app provides tips on how to negotiate with car dealers
on the spot.

Consider the nontraditional route. Many dealerships have Internet departments where you can negotiate via e-mail, Fortson says. Another option: Collect quotes from multiple dealerships, letting each know what you’re doing. “You’re giving them notice that they’re bidding against other businesses,â€ Reed says. You can also take advantage of car-buying programs at membership shopping clubs, such as the Costco Auto Program or the Sam’s Club Auto Buying Program. “I call those anxiety-relief programs,â€ says Brown, since they offer their members access to cars at an already-negotiated price. However, “you’re paying someone to do for you what you can do for yourself,â€ Brown adds.

Don’t get unnecessary extras. Once you’ve agreed on a price, don’t let the salesperson talk you into last-minute extras, such as expensive, extended warranties or environmental paint protection, Brown advises. The dealer may also try to persuade you to spend more by offering a longer financing term. Stick to a 36- or 48-month term, at the longest, Brown says. The goal is to make the transaction less expensive for you in the short term and the long term. “Car salesmen consider it a game. It can be a game for you, too, but it’s a game that will save you a lot of money,â€ Reed says.