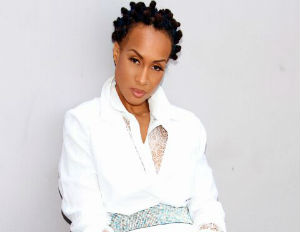 As you dust off your dancing shoes in preparation for the 2015 Black Enterprise Golf & Tennis Challenge don’t forget to work on perfecting your wine. The reigning Queen of Soca, Alison Hinds, will surely have you on your feet and your waist rolling as she performs her mega-hits at this lively event.

BlackEnterprise.com was afforded the opportunity to chat with Hinds about the inspiration behind her sound and the impact she’s had on soca music, her local community and the world at large.

BlackEnterprise.com: What makes you the Queen of Soca?

Hinds: It was a title that was given to me by my fans. I guess because of the consistency I’ve had since the beginning of my career. With the band Square One, we strived to make quality music that would outlast us. It’s because of that consistency, because I’ve always given my best, on stage and off stage,Â through my music. The fans eventually gave me that name. I try my best to live up to it.

How did you get involved with soca music?

I initially got involved through one of the guys that became my band member, Anderson Armstrong. He was a calypso singer at the time, and we became friends. Through that friendship we started talking about me singing. He asked me to sing for him, so I sang and he was impressed, but I was very shy. He entered me into a local competition–the Richard Stoute Teen Talent Competition, where I placed 3rd. Â After that, I heard of a band called Square One, that was looking for a singer. They asked me to come on board because they were impressed with my voice. Armstrong asked if I was interested and I said “of course.â€ We were all very young and developing together. We really started doing all kinds of music on the local circuit here in Barbados. We did pop, R&B, reggae, you name it. Soca is actually the last genre of music that I really got into. When we started recording I started to get into soca music.

What made you feel like soca was where you wanted to be?

It was almost immediately that I found success with this genre. We were working for a while trying to find our sound. I was still shy and reserved. My first real up-tempo song was Raggamufffin, and it was so out there it quickly grew popular. I was also the first woman to win the Road March competition at the Barbados Crop Over with In the Meantime. The award goes to the song that is judged by the people of the road as the most popular so, that was a big deal. See, it’s a business here. It’s a part of who we are as Caribbean people. I felt at home with it.