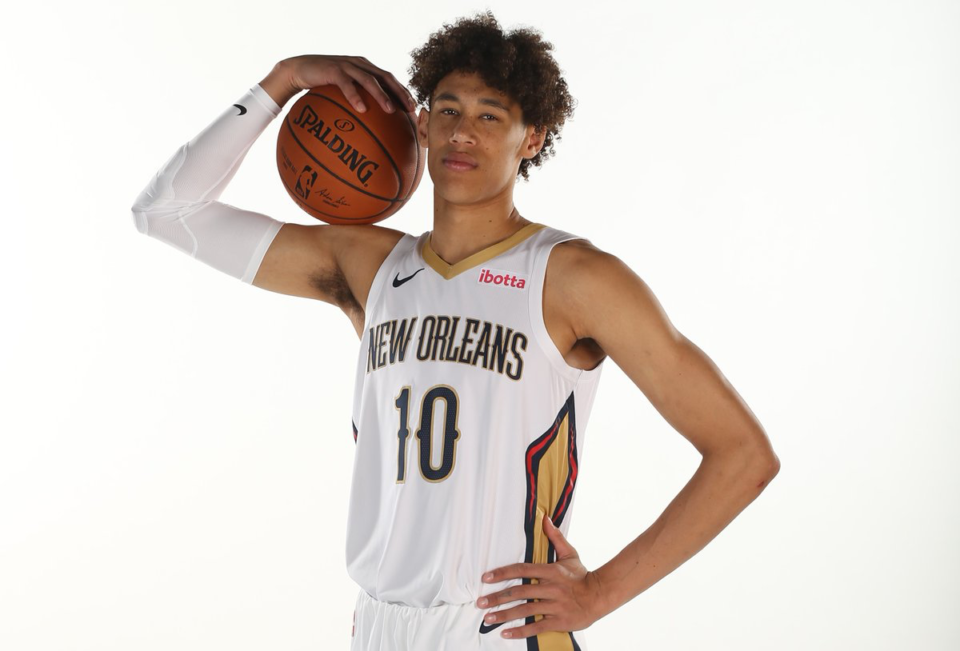 The Los Angeles Police Department is under question after an officer pressed his knee into the neck of NBA player Jaxson Hayes, according to body camera footage released Friday.

The video shows the New Orleans Pelican’s center gasping for air while stating “I can’t breathe,” NBC News reported. Seconds later, Hayes was tased by another officer on the scene.

Officers arrived to Haye’s Woodland Hills home on July 28 around 3 a.m. following a call from his girlfriend’s cousin. She said Haye’s girlfriend was sending her text messages saying Hayes had become loud and violent and she was scared.

Hayes, 21, was not armed, NBC reported, and became argumentative after officers told him he couldn’t go back into his house.

The nearly 15-minute video of the incident, which includes the 9-1-1 call and footage from multiple officers’ body cameras, began with Hayes answering questions in his driveway. His cousin stood nearby.

An officer asked him “What’s going on between you and your girl?”

“We were just having a little argument,” he responded. “She was throwing some stuff at me.”

The officers said they needed to speak to Hayes’ girlfriend and tell him and his cousin to wait outside. Hayes then asked why he couldn’t go inside his home and asked if they had a warrant.

The officers responded that they don’t need a warrant to enter.

Hayes approached his home and was blocked by officers while his cousin told him to calm down. One officer pushed Hayes and his cousin held him back.

The police grabbed Hayes’ arm after separating he and his cousin.

Hayes’ cousin started yelling, “Jaxson, stop!” as he scuffled with the officers. Hayes shoved one officer into a wall near the front door and another officer pulled out a Taser as Hayes was tackled.

“Stop resisting or I’m gonna tase you!” the officer yelled several times as Hayes struggled on the ground. The officer alternated pressing a hand and knee on Hayes’ neck. The ball player’s girlfriend then came out of the home and screamed “Stop! Stop! What are you doing?”

Hayes screamed and flipped over. The officer Tasered him again near his buttocks and the back of his legs while yelling “stop resisting!”

The officer threatened to tase Hayes again as he insisted he wasn’t resisting.

Hayes was handcuffed and forced to sit in a chair. Blood was visible on his arm and shirt. He was ultimately booked into jail on accusations of resisting arrest after being evaluated at the hospital for minor injuries.

“Jaxson Hayes is a nice young man, and he is back home in Ohio working out and getting ready for the upcoming season,” Hayes’ attorney Mark Baute said in a statement Friday, according to NBC News.

The LAPD’s Force Investigation Division is looking into the case. Los Angeles police have presented it to prosecutors who haven’t yet decided where to file charges against the officers.

One officer’s elbow was injured when Hayes shoved him into a wall. Hayes’ girlfriend has reportedly declined to cooperate in the investigation.