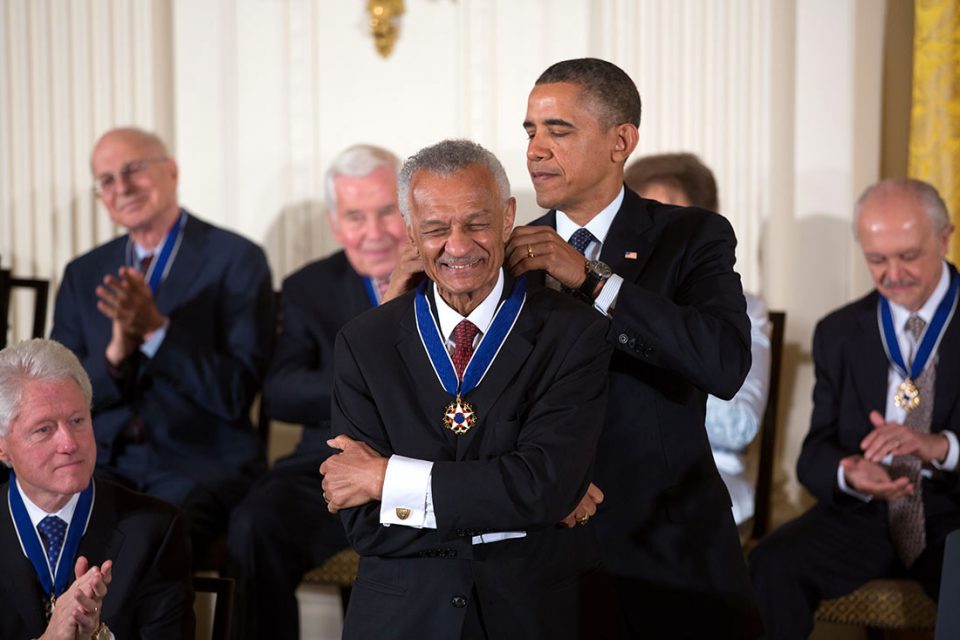 Confirming his death, Vivian’s daughter, Kira Vivian, described her father as “the sweetest man,” reports CNN. “He was so loving. What a loving dad. He was the best father throughout my entire life.” She added that he passed away at his Atlanta home of natural causes.

Vivian was born in Boonville, Missouri, on July 30, 1924. He moved to Macomb, Illinois, with his mother and grandmother in 1930 and graduated from Macomb High School in 1942. He briefly attended Western Illinois University before leaving to work at the Carver Community Center as assistant boy’s director in Peoria. There, he met his wife, Octavia, and participated in his first non-violent, lunch counter sit-in protest in 1947, according to the National Visionary Leadership Project.

In 1955, Vivian enrolled in American Baptist Theological Seminary in Nashville, believing that there was a direct tie to civil rights, faith, and ministry. “Racism is a moral issue,” he said.

In 1965, the civil rights titan was appointed as the director of national affiliates for the Southern Christian Leadership Conference where he helped registered voters in Selma, Alabama. He went on to become the Senior Pastor of Martin Luther King, Jr.’s Ebenezer Baptist Church and founded the National Anti-Klan Network, an anti-racism and Ku Klux Klan watch-dog group in 1970 that was renamed as Center for Democratic Renewal. Vivian is also noted for creating a college readiness program with the goal of helping “take care of the kids that were kicked out of school simply because they protested racism.”

In 2008, Vivian founded the C.T. Vivian Leadership Institute, which is dedicated to creating “a model leadership culture for the purpose of training and educating the new generation of grassroots leaders,” reports NBC News.

He was later awarded the Presidential Medal of Freedom, the nation’s highest civilian honor, in 2013 by then-President Barack Obama.

Following the passing of the beloved activist, the Rev. Al Sharpton released a statement, saying “The passing of C.T. Vivian should cause us all to pause and celebrate the life and sacrifice of this giant,” NBC News reports. “He made this nation and world a better place. RIP, my friend.”