Identity Is Part of the Curriculum at Eagle Academy Ocean Hill 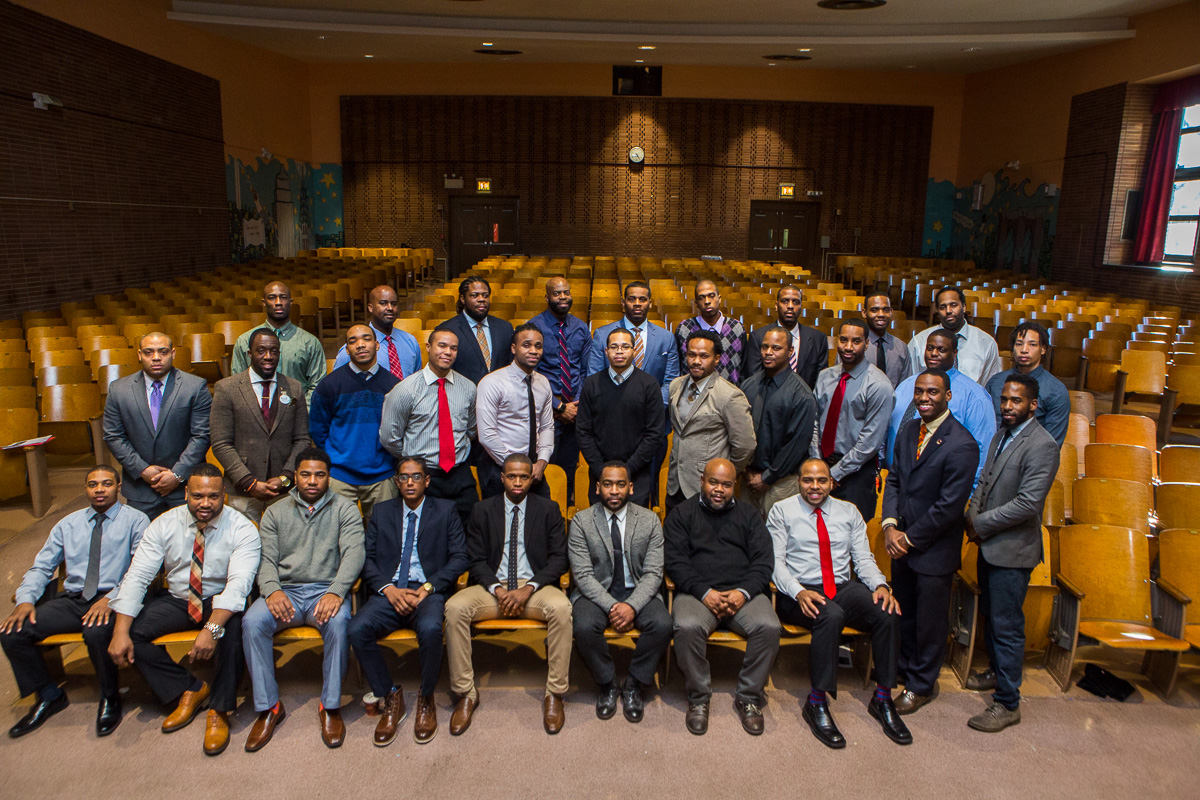 The teachers, principal, and staff at Eagle Academy Ocean Hill, the sixth through 12th grade school in Brooklyn, New York, expect 95% of the seniors to graduate in June.

[Related: My Son’s Gifts Sent Me Back to School]

More than 80% will be going on to two- and four-year schools, and a number earned full scholarships to schools like Fordham, Stony Brook, Skidmore, and Syracuse. Most principals would be elated with these results, and Ocean Hill’s principal, Rashad Meade, is indeed thrilled.

But, he’s also focused on how to help the young men of Eagle Academy Ocean Hill walk even taller, and stand even straighter.

“I want to better position them for sustained, independent success,â€ Meade says. “We’ve created an academic experience that allows our young men to compete in any environment. What we want to do now is make sure the Eagle experience grounds them in who they are as young black men.â€

Dealing with the dynamics of being a minority for the first time on a college campus is a new experience for Eagle graduates. “Our young men have never been in those settings,â€ Meade says. “They live in predominantly black and Latino neighborhoods and have gone to school for the most part, with other young black men.â€

Though his students have excelled in Advanced Placement classes and on New York State Regents exams, for Meade, academic excellence isn’t enough.

“We miss an opportunity to build in our young men a sense of pride and self-esteem,â€ he says, “if the cultural identity piece is neglected. To counteract that, the school will be infusing cultural identity into the academic experience.”

For example, in studying history, “We’ll be approaching it through the lens of black people and asking, what was the black people experience in ancient history, in U.S. history?â€

With a staff that includes 45 well-educated black men, Ocean Hill provides a powerful, living image that the students see daily.

“Where they come from is also important,â€ says Meade, who grew up in a tough area but in a nurturing home with two parents that prioritized education. “I identify individuals in the community and staff our school that way.â€

For example, some staff members attend the same churches the students do; Meade knows the barbers who cut some of the boys’ hair. By connecting with the community, Meade is creating a web of support and accountability that his boys won’t be able to easily slip through.

“It’s a different level of involvement, when it’s not just the school, but the community,â€ Meade says.

For more about Eagle Academy, go to its website.