How Procrastination Can Help Your Career 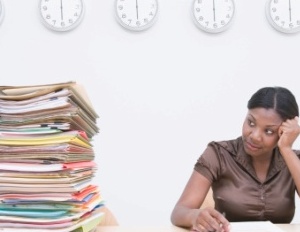 Usually putting something off for later that should be done now can hinder progress. Procrastination can lead to missed deadlines, errors due to rushing, or penalties for tardiness. But in some instances, it can be an asset in the workplace.

Brazen Careerist offers a different view on prioritizing and procrastination that will have you thinking twice about it:

Passive procrastination is the kind we’re most familiar with, when you put something off but don’t replace it with a useful task. During active procrastinating, however, you’re fully aware that there’s something you should be doing, but you’ve decided that what you’re doing instead is more important and will pay off in the long run.

Clearly, the main difference between the two groups of procrastinators is that one eventually gets the task done (and possibly even a few other tasks along the way) while the other puts it off, worries about it and often ends up not finishing at all.