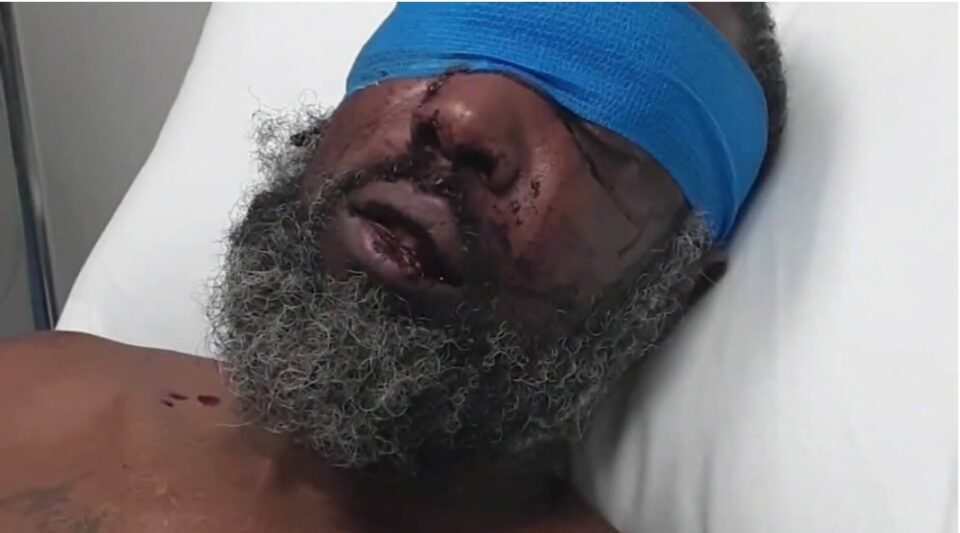 Along his routine morning bike ride on Oct. 29, Elliot Reed was confronted and beaten by a man who insisted Reed didn’t belong in the his Seabrook, TX, neighborhood.

The man, 25-year-old Colin Fries, initially approached Reed at an intersection while he was in his car and Reed was on his bike.

At that point, Reed says he attempted to cross the median to get away and even tried to get other neighbors to confirm that he did in fact live in the Lakeview neighborhood. Reed eventually pulled out his cell phone to record the incident, at which point Fries exited his vehicle.

Several witnesses confirmed Reed’s account of the events, and told police that Fries chased Reed from the road to the sidewalk, caught him, and proceeded to punch him repeatedly. They added that Fries continued to punch Reed even after had lost consciousness.

The brutal attack left Reed with cuts on his face, a broken tooth, fractured cheekbone, and a burst blood vessel in his eye.

Despite having corroborating statements from multiple people, the Harris County District Attorney’s office has only charged Fries with a misdemeanor for aggravated assault.

“We are still in the initial stages of the review of this incident,” a representative for the DA said. “What happens with regard to whether a charge is increased or a hate crime enhancement is added will depend upon the totality of the evidence.”

The DA’s office added that, as of last week, it is still awaiting evidence from the investigating officers, including medical records confirming Reed’s injuries.