Impacting Broadway: How Two Black Entrepreneurs Team Up To Make A Difference 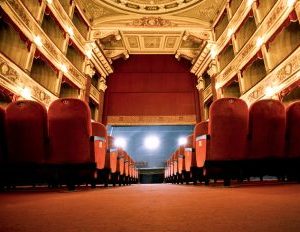 In an uncertain economy, many small businesses–especially those owned by African Americans–are heeding the age-old adage, “Two heads are better than one.â€ Multicultural marketing veterans Donna Walker-Kuhne and Cherine E. Anderson have been impacting theater audiences globally for nearly 30 years.

Walker-Kuhne is the founder of Walker International Communications Group, located in Brooklyn’s cultural and creative epicenter. A recipient of more than 50 awards, proclamations, and citations, Walker-Kuhne was recognized as the nation’s foremost expert in audience development by the Arts & Business Council of New York. She is also the senior advisor of Community Engagement of the New Jersey Performing Arts Center in Newark, New Jersey. Walker-Kuhne tours the world with her lecture series and consulting services for arts organizations, arts festivals, colleges, and universities. She teaches a variety of topics including audience development, cultural diversity awareness, and community engagement. Her lecture series and keynote addresses have been presented in six cities in Australia, including Brisbane, Canberra, Adelaide, Melbourne, Perth, and Sydney; Berlin, Germany; Moscow and Sochi, Russia; Bloemfontein, South Africa; Edinburgh, Scotland; and many cities across the country. An adjunct professor at New York University’s Steinhardt School of Education and Bank Street College, Walker-Kuhne is the author of Invitation to the Party: Building Bridges to Arts, Culture, and Community. She is currently writing an extension of her first book and will highlight the global component of diverse audiences and cultures. 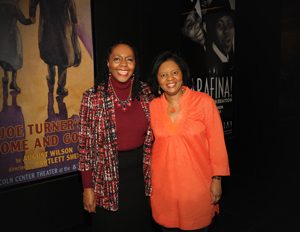 A 2014 recipient of the AUDELCO Award, Anderson is a longtime entertainment marketing executive with an extensive background in media relations, advertising, production management, partnership development, and consumer and promotions engagement. She consulted and worked with Apel Inc./Spero Media, MTV Networks/Nickelodeon, DC Comics, and Push Creative. She is an associate producer for the upcoming off-Broadway production Sweethearts of Swing, the story of a multiracial all-female jazz band set in the 1940s. Anderson headed the marketing efforts for the critically acclaimed Black Stars of the Great White Way at Carnegie Hall, produced by Norm Lewis, Chapman Roberts, and David H. Greer.

Anderson and Walker-Kuhne initially met in 2007. “We met during my tenure at Push Creative,â€ recalls Anderson. “I had just finished the marketing for the first Color Purple Broadway show. At the time, I had created some unique marketing initiatives, and Donna heard about my work on the show. During that time, she was working on the Broadway show Radio Golf. She reached out to me and said, ‘I heard you did some interesting marketing initiatives for The Color Purple. I’m working on Radio Golf, would you mind sharing what you did?’ I gave her the information. I recall her saying to me, ‘Wow, most people would charge for this, but you just gave it to me. I appreciate that.’â€

Later, when the opportunity arose to receive a grant from the Theatre Development Fund, Walker-Kuhne reached out to Anderson and said, “Listen, this grant opportunity has come around, I have an idea to start a program engaging African American and Latino students within the arts. Would you want to partner up and work on it together? That’s how it all started.â€

In 2008, Anderson and Walker-Kuhne founded Impact Broadway, a socially and technology driven audience development initiative serving African American and Latino students. According to Impact Broadway founders, it took a year to shape the idea and decide how they would execute it. After receiving a grant of $125,000 to generate an initiative that would diversify audiences of Broadway, the program ran over a three year period from 2009 to 2011. “We were awarded the grant twice, and due to our smart fiscal management, we were able to extend the grant into a third year,â€ says Walker-Kuhne. “The grant was only offered for two years. Our program was a success, and we had solid deliverables and fulfilled the mission of this program.â€

Although Impact Broadway has not been active since 2011, Anderson and Walker-Kuhne plan to continue the program and its mission and are looking at other funding options. “We don’t have the funding,â€ she continues. “We’ve tried several things. We had fundraisers, we sent out letters to Broadway producers, we hired a development consultant, but in the end, we did not have money to run the program at the same level that we had before.â€

In addition to Impact Broadway, Walker-Kuhne and Anderson partnered on a variety of Broadway and off-Broadway shows, as well other performing arts projects, under Walker International Communications Group. “The nature of our partnership is when there are shows, primarily Broadway shows, that have a breadth of a budget and an interest in expanding audiences beyond just what I would do, then I contact Cherine–and vice versa–and say, ‘We have a budget, let’s work on the show together.’ We work on a show-by-show basis. I believe people have to be paid. Otherwise, I’m not calling Cherine unless there’s a budget that can pay her.â€

So far, so good: The Anderson and Walker-Kuhne partnership continues to impact Broadway and theater communities across the country. Together, they have shared success with numerous productions, including The Gershwins’ Porgy and Bess, Stick Fly, Driving Miss Daisy, Ann on Broadway, A Raisin in the Sun, A Trip To Bountiful, A Streetcar Named Desire, HUGHIE, Marie and Rosetta, and Notes From the Field, just to name a few.

Gwendolyn Quinn is an award-winning media consultant with a career spanning over 25 years. She is a contributor to BlackEnterprise.com and BE Pulse (via Medium.com), Huffington Post and EURWEB.com. Quinn is also a contributor to Souls Revealed and Handle Your Entertainment Business.