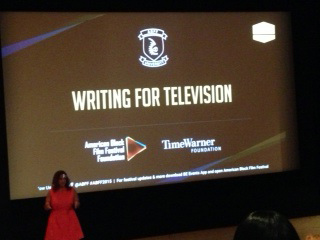 The session began with a warm and honest introduction by Horne where she set the tone for what’s necessary to become a good writer in the competitive television industry: “Let me start by saying that the writers I love are writers who can’t not write. You have to have to do it and wouldn’t have it any other way.”

Writing for Television was as thorough as a Master Class could be in a mere two hours. The session covered the qualities that make a good spec script; the fundamentals of writing an original pilot; network vs. cable television; writing programs; pilot, staffing and development seasons; and meetings with showrunners and executives.

Many workshop attendees were aspiring writers looking to develop original content. They were eager to learn exactly what needed to be done so that their script could be a cut above the rest. “How is your pitch different from what’s already out there?” Horne asked. Then she went on to reveal a few tips for how to develop an original television pilot. Here’s the inside scoop:

1. Don’t be afraid to take risks.
2. Make sure readers of your script know the why now.
3. Have a strong trigger incident that leads your character into a dilemma. The answer to this dilemma is often what the series is about.
4. Have a plot goal as well as a series goal.
5. There is always conflict – mainly in the character’s personal and professional life.
6. Know your characters like God knows the world.

Also, be sure you know who your target audience is, as this will determine who you pitch to.

For writers working on television spec scripts, Horne strongly suggests knowing the show you’re writing the spec for and doing your research, making your spec realistic (don’t do anything the show would never do), and avoiding gimmicks, as they can be pretty risky.

Diversity was another topic heavily discussed in the session. Horne is actively working to diversify what viewers see on television and who’s in the writer’s room creating the content. She advised writers with spec scripts to submit to the various network diversity initiatives for writers. NBC Universal currently offers the NBC Writers on the Verge program where Horne seeks out talented writers to attend a 12-week program focused on polishing their writing and readying them for a staff position on a television series.

There was one proactive – not to mention lucky – master class attendee. When Horne asked if anyone in attendance had submitted to the program in the past, Michelle Anglin was the only person in the room who’d done so. Horne took down her contact information and announced that she would make sure she read Michelle’s script personally. Talk about capitalizing on a moment! 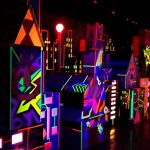 Creative Entrepreneurs Can Compete For $50,000