Economists at Goldman Sachs conducted an evaluation of the 13 states and compared their employment changes between December 2013 and January 2014 with the states whose minimum wage rates stayed the same. Based on the observation, employment growth increased for all but one of the states that raised their minimum wage. In fact, of those 13 states, nine states had employment gains above the median for the time period studied.

The chart below shows the shift in employment change by each state based on a five-month period, comparing the 2013 months of August to December with the 2014 months of January to May, and similar to the short December 2013 to January 2014 time period studied, states that raised their minimum wage experienced faster employment growth than the states where wages stayed the same.

Hopefully, studies like this that show the positive effects of raising minimum wage will sway other states to follow suit in raising their wages. 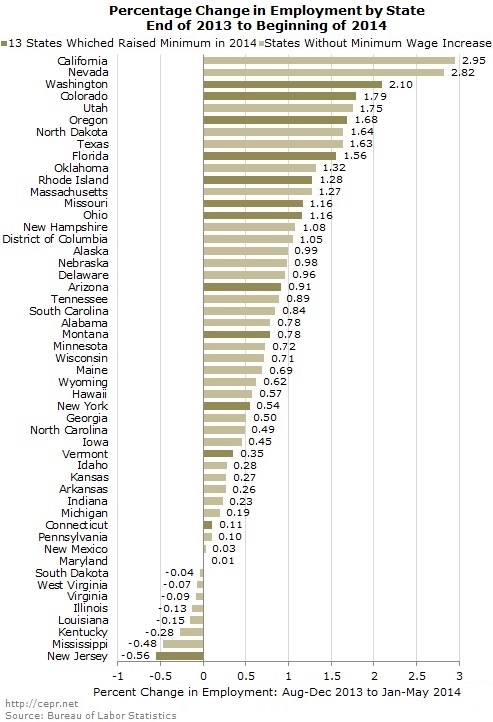