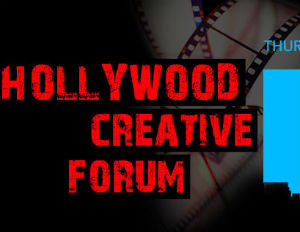 On Thursday, June 11, the 2nd Hollywood Creative Forum East took place at the New York Marriott Marquis in midtown Manhattan. Film Life and the Walter Kaitz Foundation partnered for the event’s second consecutive year. From Hollywood filmmakers and directors, to screen writers, content creators and producers of color, valuable insights were shared in a dynamic discussion.

The event targeted diverse professionals in the digital media industry, providing them with the platform to engage, connect, network, and learn more about diversity behind the lens.

The opening panel, “Digital Disruption: The Impact for Content Creators of Color,” was moderated by Jamal Simmons, principal of the Raben Group and co-founder of CRVIII.com, who has an extensive background in media and politics–including helping President Barack Obama to the presidency. The panel included four leading experts: strategic developer Alvin Bowles, SVP of Media/Global GM at RhythmOne; entertainment trailblazer Smokey D. Fontaine, founder of the A+ Creative Studio and co-founder and COO of Interactive One; social media mogul Devin Johnson, former head of digital media at Tribune Broadcasting; and Harvard Law graduate Reginald Williams, founder and CEO of Ambrosia For Heads.

The industry leaders provided the audience with a deeper look into their fields, in addition to giving answers to any questions they were thrown. Simmons led the discussion, beginning with the topic of technology and digital media and how it is constantly shaping and impacting people, not only the film industry, but socially, politically, and economically as well. “Technology is transforming everything… Television is now in it’s golden age,” Simmons stated. As millions make the jump from the big screen to their mobile devices, how does one create content that can stay relevant?

When it comes to succeeding in the world of content creation, the panelists agreed that when an individual is telling a story, it needs to be good and authentic on every singe platform, such as Empire. Storytelling needs to be consumable in a bite-size package. Additionally, content creators need to embrace the advertising space, as brands are there to profit. Leveraging free social media platforms, such as Youtube, is also extremely beneficial to getting a big following and building your network.