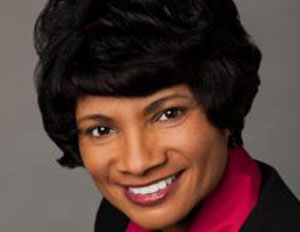 Q: Do you think that this money scares other companies into action?

A: I’ve got phenomenal peers who have been working— committed—who have been invested in this space for a long time, and in some cases we partner. We’ve done things together, and in other cases, we’ve gone our own way.

We hope by doing that, we improve the feeling of comfort and safety by showing data and not being embarrassed by it, and we as an industry can move forward in it, so we really hope we haven’t scared people. I’ve gotten a lot of messages of inspiration. They’re probably pressured, but we are an industry which challenges each other. We collaborate, we partner, we compete, and it’s all about moving technology forward.

Q: In Silicon Valley, the story is if you don’t fit the culture you can’t fit there. Is there sort of a boys’ club at Intel?

A: Well you know, it’s interesting. What I think is that most people are more comfortable with people like themselves. It’s really subconscious, so therefore I think that exists and I think certain times that has played into our situation where you have a majority—any population—that majority most likely knows people just like themselves and feels comfortable with people like themselves, so I think that has existed throughout the industry. When it comes to Intel, I would be highly surprised if someone now hears, ‘You’re not a good culture fit,â€ at Intel. I think part of the goal in sustainability is going after great talent everywhere and ‘not a good culture fit’ is just not a good excuse anymore.

I can’t speak for other companies or the industry, but I know we have tried to go a long way in trying to address that. We are now doing micro-training. Eight years ago we did our first training around subconscious vibes. We’re trying to address it very openly, but I have to tell you as an engineering company showing data—the only people having data that shows how many applicants have applied to Intel, shows their background, shows their experiences, shows great talent. There’s great talent out there, we just haven’t done as good of a job as we should have in finding it, making it and hiring it.

Q: On the topic of diversity, recently Intel was part of a controversy an advertising controversy.

Q: Yes. What is your feeling on that? Were you guys sort of blindsided by that whole outcry?

A: Well I guess bluntly, we unintentionally got ourselves into the middle of a really nasty debate, and you know, our ads are back up, by the way, and what we really want to do is rise above that. We really stepped back and asked, ‘What’s the fundamental issue,’ and it’s all about lack of diversity, inclusion and gaming.

And it was different but totally the same as lack of diversity, inclusion and technology, and the one minute it was diversity, inclusion and enough women going into computer science and becoming game developers and game development owners—and we step back and say this is actually all connected, so I think that was our learning in thinking about that broadly—so, yes we unintentionally got in the middle of something that was absolutely not positive at all.

Find out more on Intel, and the inclusion of minorities on the next page …