Investing in Africa: Has The Time Come? [Interview] 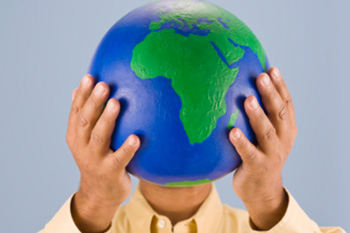 The African Continent is home to more than 1 billion people. And with a growing middle class in several countries, along with increasing free markets and more transparent governments, Robert Scharar sees the continent as full of investment opportunities. Scharar, a senior portfolio manager for Commonwealth Africa Fund says the fund looks at publicly traded companies that are started in and are based in Africa. “We decided to do is do a fund that tends to buy stocks in what we believe is the African story and future and buy companies that would benefit from that,â€ he says.

BLACK ENTERPRISE spoke to Scharar about investment opportunities in African countries. Here’s what he had to say:

BLACK ENTERPRISE: What industries do you see the greatest upside potential on the continent?

Robert Scharar: What we see in terms of some of those opportunities start with things such as financial services. It may be paying your bills with a smart phone for example. It’s just amazing the leapfrog of technology in Africa and people use phones for a lot of things more so than we do in the US but certainly at the same level. The financial service industry which really involves providing insurance for people and it also involves banking services, retirement plans. So, we’re looking for companies in this sort of I’ll call it the financial sector of the financial market place.

The second is in goods and services. There’s a reason the Wal-Mart recently invested in Massmart in South Africa and that is that they recognized, in my opinion, there is a huge consumption potential in Africa for basic services and goods. So, companies like Massmart or Shoprite Checkers — anyone that supplies consumer goods and services of that sort. Companies that are involved in the infrastructure sector that could be in communication, it could be in construction, building utilities, providing utility services. All of these are the infrastructure; those are all good opportunities to invest in. Production of transportation you know all of these goods and services have to move around the continent. And there a number of companies that are doing that port services, trucking transportation.

So, those are the industries you like. What are the countries where you see the greatest opportunity?

Well from a stock exchange perspective I think it’s clearly South Africa has a lot of opportunities associated with it because they are exporting their goods and services throughout the southern region in particular. But we’re seeing South African businesses even going broader than that. Stock exchanges that are beginning to emerge in regions, I think the Sadak region which includes places like Tanzania and also Mozambique, Zambia and Malawi there are some opportunities within those countries and Zimbabwe, which still is a very difficult place to invest from a public perspective. If you look at where it sets geographically, when Robert Mugabe is finally out of power, unless when somebody worse than him comes in, I think that’s going to be a huge uplift to the region. Because it’s a centerpiece, you know it borders on Zambia. You’ve got Mozambique on one side of it, Botswana. So, it’s really a situation where in South Africa a lot of countries that would benefit from Mozambique and Botswana opening up. So, I just think these countries in the Sadak region have a lot of potential.