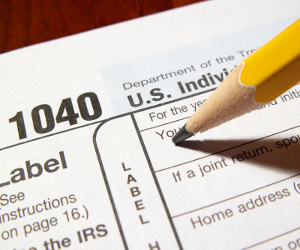 The Internal Revenue Service is delaying when you can begin to file your taxes. The agency today announced that due to changes made to the tax law in January by Congress, specifically the American Taxpayer Relief Act, the 2013 filing season will be delayed.

The IRS needs to update forms, programming as well as test their processing systems before they can begin processing taxes forms. The key forms that require more extensive programming changes include Form 5695 (Residential Energy Credits), Form 4562 (Depreciation and Amortization) and Form 3800 (General Business Credit). Changes to these forms are due to the deal reached to avoid the fiscal cliff crisis.

This delay will affect 80% of tax filers, roughly 120 million households. The IRS says they should be able to start filing tax returns starting January 30th.

The IRS estimates that remaining households will be able to start filing in late February or into March because of the need for more extensive form and processing systems changes. This group includes people claiming residential energy credits, depreciation of property or general business credits. Most of those in this group file more complex tax returns and typically file closer to the April 15 deadline or obtain an extension.

“We have worked hard to open tax season as soon as possible,â€ said IRS Acting Commissioner Steven T. Miller. “This date ensures we have the time we need to update and test our processing systems.â€

Miller added that it would be beneficial for taxpayers to file electronically, since the IRS will not process paper tax returns before January 30th. Taxpayers will receive their tax refunds much faster by using e-file with direct deposit.