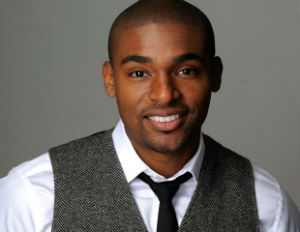 It didn’t take long for the “It’s Complicated (But It Doesn’t Have to Be)â€ book tour’s momentous, if not obligatory, stop in Brooklyn Wednesday night to begin to feel like a TED Talk, those enormously popular eighteen-minute-max oral presentations on culture, innovation and technology.

The all-around good guy, life coach, matchmaker and now author Paul Carrick Brunson was the evening’s gracious host; talks from different presenters on tackling fear and rejection and the importance of hard work were appropriate and mostly devoid of the kind of self-aggrandizement wont to fill a room full of young, single college-educated blacks. It was Brunson’s grandest achievement of the night; he seems always grounded in suave, self-assured deprecation. And if it doesn’t get him the movie he wants, even The Mustachioed Former Comic That Shall Not Be Named has a talk show.

Brunson met with BlackEnterprise.com in a cramped room in back of the cavernous hall, where sisters in cocktail dresses sipped not-so-gently on a drink called The Matchmaker (Hov-approved VSOP cognac, D’USSÃ‰, was a sponsor). Almost exactly two minutes into our conversation, one of his female assistants interrupted, incredulous over some pressing issue so urgent, she politely asked that the interview be paused. The emergency? A guy said he’d talked to Brunson about a free book for a give away contest.

Casually cool, he deferred the decision to his assistant, his calm a clear indication of what to do. We spent a little time with the co-star of OWN’sÂ Lovetown, USA minutes before he stepped on stage. His book is out today.

BlackEnterprise.com: There’s a lot of people out there.

Paul Carrick Brunson: I’m excited — it’s crazy to say but I’m a little nervous about the book being released, too. One part of it is that I know the business side of it. If you put up great numbers up early, you get more momentum and more movement — and it really is a business. So I’m looking at it with that eye. But at the same time I’m looking at it [from the perspective] that it’s just great content and just to get that in people’s hands is good. We’ve got so much momentum — right now we’re up to three million books on Amazon, we’re No. 251 and No. 2 in relationships — just on pre-orders. So I feel like we may have something really big on our hands.

What was most surprising about the business side of publishing for you?

I never realized how much hard work there is around the marketing and publicity. One of my good friends told me you build your base around your book two years in advance. So, there’s many great authors who have great content but they don’t have the [fan] base. It’s basically as if you were standing on a stack of books. You have a base, you’re standing on a taller stack of books and you have a bullhorn. But if you don’t have a base you’re standing alongside everyone else and your message gets strained.

[The woman walked in.]

Perfect timing — I guess it doesn’t have to be complicated — what’s the thesis behind this work?

The whole idea is that I believe a lot of us over-complicate so many things about our lives. It doesn’t have to be, right? So the book is really a step-by-step — twenty-one rules, if you will — steps how to un-complicate your relationship life. Not just love relationships but professionally, platonic — but definitely also love.