Itâ€™s Your Own Fault If Obama Disappoints You 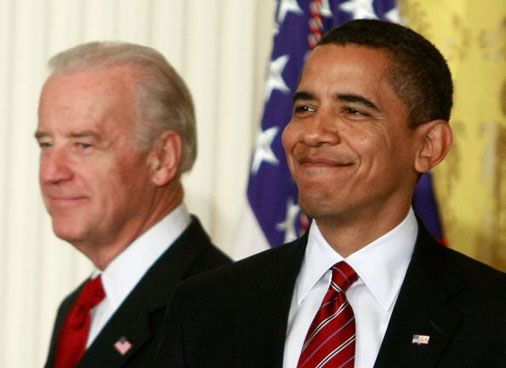 “This is not class warfare. It’s math.â€

That line from President Barack Obama‘s deficit reduction speech, delivered from the Rose Garden on Monday, was an instant classic. It cut to the heart of the matter and sparked a deafening sigh of relief from democrats and legions of presidential supporters who have been increasingly (if reluctantly) expressing their displeasure with him around the water cooler, on camera, and on Twitter for months.

Ironically, when he took to the microphone, I was a few blocks away, interviewing Labor Secretary Hilda Solis about his jobs proposal, presented the week before. So I didn’t get to see Obama yank the gloves off in a live speech, whose tone was later described as “combativeâ€ and “confrontational.â€ But I watched online afterward and then heaved my own sigh of relief as a mighty fan base that had fallen silent–wanting to defend the president, but also wanting in the area of powerful ammunition with which to do it–seemed to come back to life.

A dear friend of mine who lives in Oregon falls into that category. She emailed me about a week ago to confess that she was “disappointedâ€ in our president.

“He’s not been fighting,â€ she wrote. “He’s a conciliator by nature who found a calling as a community organizer. Since he’s been in office he has tried repeatedly to continue in that vain of bringing people together and treating the Republican House as decent, well-meaning people despite the fact that they have done everything [they can] to bring him down. He just seems to be going along to get along, with maybe a not-so-hidden desire to be liked.â€

“They’re never going to like him,â€ an old college boyfriend ranted on the phone. “Forget them! Why does he care? He has to let that go!â€

Obama was the first presidential candidate either of these friends (or I) truly believed in. So confessing their disappointment in him was painful for them and it ignited a visceral reaction from me.

I am not disappointed in our president. I’m upset that he has been seemingly unable to assemble a team of insulators, a group of staff, cabinet members, mouthpieces and supporters willing to launch the snares and arrows on his behalf and to take the hits for him when they come firing back. No one seems to go to bat for him. No one seems to have his back, we who voted for him included.

The GOP and others live and breathe to dismantle and destroy him. It’s their sole purpose, they’ve made no bones about it, and they don’t appear to mind destroying the country in the process. Meanwhile, Democrats and other onetime presidential supporters, stand aside and wait for him to fix everything by himself or suffer the consequences. They refuse to stand with him, to wrap him in a cloak of unqualified support and solidarity.

Dick Cheney defended George Bush at every turn–and I don’t get the sense that he even much liked or respected the man. Still, he was willing to be both Bush’s key hit man and bodyguard. Who does that for Barack Obama? No one. Where are his Cheney, his Rumsfeld, his Powell, and his Rice?