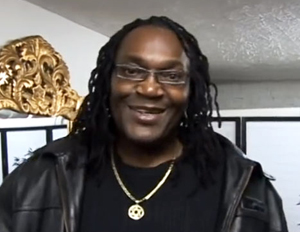 According to reports, the children of James McNair, a comedian killed in the New Jersey Turnpike crash that injured entertainer Tracy Morgan, are getting a $10 million settlement from Walmart.

The New York Times reports that Jamel McNair, 26, and Denita McNair, 19, will get part of the funds via monthly sums that can increase— starting at $3,000—for the rest of their lives.

Morgan, of “Saturday Night Liveâ€ and “30 Rockâ€ fame, was seriously injured in June 2014 when the limo bus in which he was traveling collided with a Walmart truck, driven by Kevin Roper. The accident happened on the New Jersey Turnpike, killing McNair and injuring three other passengers. Morgan was hospitalized with broken ribs, a broken nose, a broken femur, and a broken leg. He and two others injured in the crash have also sued the big-box retailer.

Roper has been charged with death by auto and other offenses in New Jersey state court but has not been indicted, a spokesman for the Middlesex County, N.J., told reporters.

FacebookTwitterYoutube
← After Being Racially Profiled, Taraji P. Henson Sends Her Son to an HBCU ← Athletes Need to Show Respect, Especially For 13 Year-olds
×