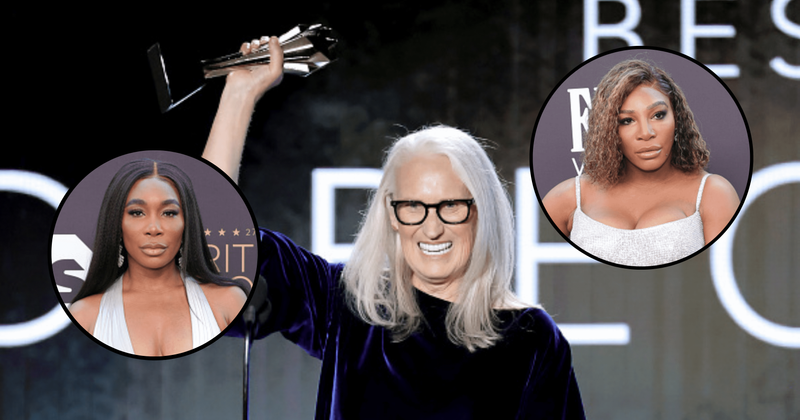 Campion gave her speech on Sunday night when she called out tennis champions Venus and Serena Williams, NBC News reports.

“Venus and Serena, you’re such marvels,” Campion said during the speech. “However, you don’t play against the guys, like I have to.”

While her questionable shout-out to the sisters and decorated pro athletes received cheers from the audience, The Power of the Dog director became a villain on social media for her “cringey” and “arrogant and ignorant” statement.

She started her speech praising the “incredible women” she had the pleasure of sharing the room with.

“Halle Berry, you have already done my speech … and really killed it. I loved it. You’re absolutely brilliant,” Campion said before turning her attention to Venus and Serena.

“What an honor to be in the room with you,” Campion said. “I’ve taken up tennis — I truly have — and Will [Smith], if you want to come over and give me lessons, I would truly love it.”

However, after realizing how offensive many found her reference to Venus and Serena not having to “play against the guys,” Campion released a statement offering her apology.

“I made a thoughtless comment equating what I do in the film world with all that Serena Williams and Venus Williams have achieved,” Campion told Variety.

“I did not intend to devalue these two legendary Black women and world-class athletes.”

“The fact is the Williams sisters have, actually, squared off against men on the court (and off), and they have both raised the bar and opened doors for what is possible for women in this world,” she continued. “The last thing I would ever want to do is minimize remarkable women.”

She made sure to express her respect and admiration for the Williams sisters.