Did Jason Collins Coming Out Make Him More 'Marketable'? 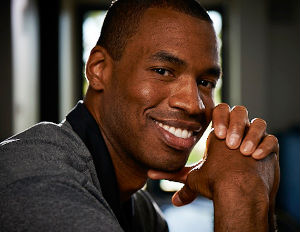 Since coming out to the sports world as a Gay man, NBA player Jason Collins has been the talk of the media world. The surprising announcement was not only a shock to the world but a courageous act that was recognized by his peers, family, and many more.

Collins, who just completed his 11th NBA season, is now a free agent. After Collins came out to the public, everyone from family to past NBA teammates showed the utmost support. Even past president Bill Clinton as well as current President Barack Obama showed their support.

But with Collins coming out, does this affect him positively or negatively? Are his career paths limited or did they expand even more?

As a professional basketball player, Collins isn’t a star or a player that would even come up in a sports debate. Collins has played for numerous teams and at 34 years of age, doesn’t really contribute much to his team nowadays.

As a free agent, Collins says, “I still want to play basketballâ€ but the reality of it is that he might not because of lack of skill and age. What is a reality are the new possibilities after coming out. New paths in his life are likely to open up. Collins revealing his sexual orientation to the world was a huge decision, but how marketable can he be with this being known? With huge support shown from numerous people, Collins coming out did make him more marketable. Marketable in a sense of being confident to represent one’s self as opposed to just being known as a “Gay Athlete.”

If his basketball career is officially over, then it isn’t the end of the world for Collins. Having been a college graduate of Stanford University, he has a degree to rely on for work opportunities. Leaning more to the actual situation at hand, Collins could be a spokesperson on being comfortable with your sexuality and coming out with it. Even though everyone wouldn’t get the same reaction and support Collins did, it’s always good to be true to one self. Regardless, the choice is all Collins’ at the end of the day. The future of Jason Collins seems to be just as bright as his NBA career.