BE Exclusive: John Legend Opens Up About His Major Film Debut 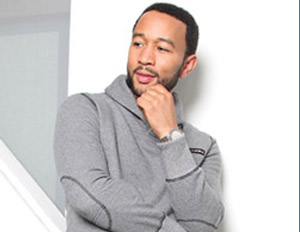 Lionsgate is coming out with a new movie this Christmas, which has already garnered seven Golden Globe nominations. La La Land, an original musical and love story written and directed by Damien Chazelle (Whiplash, 10 Cloverfield Lane), is about two aspiring entertainers trying to make it in Hollywood.

The role is Legend’s first in a major motion picture and Black Enterprise sat down with the All of Me singer to talk about his experience being in front of the camera instead of behind it.

Black Enterprise: Why did you decide to get in front of the camera for this project?

John Legend: Part of it was the opportunity to work with Damien Chazelle, who I think is a brilliant young filmmaker. When he presented this film to me, I wasn’t really sure what he wanted to do. Then after meeting a few times, he asked me how I felt about playing Keith. I found the character interesting and could relate to who he was, so I took some acting classes, really focused on my scenes, and tried to prepare as much as possible. Then we got on set and made it happen.

BE: How difficult was it for you to play another musician?Â

Legend: There were quite a few things that felt natural for me. A lot of my scenes were in places where I am all the time anyway–recording studios, photo shoots, performing on stage live. None of my scenes were anything where I had to stop in the middle of nowhere and sing (laughter). My scenes were more true to how musicians perform. And a lot of the things [our characters] talked about were things artists and musicians might really talk about among ourselves.

BE: Tell us how acting is different from performing live music.

Legend: There’s a difference between how you approach a song you’ve written and performing it yourself, versus trying to embody a character and music that’s been written by someone else. A lot of times, especially with acting, you have to be more subtle than you would be on stage. You don’t have to be as “bigâ€ in front of the camera, as you might be on stage–with your emotions, and gestures, and the way you’re speaking–because the camera will capture all the subtleties.

BE: What will the audience understand that this film is about?

La La Land was be released worldwide on Christmas Day 2016.

Let it remind you to keep pursuing your dreams.