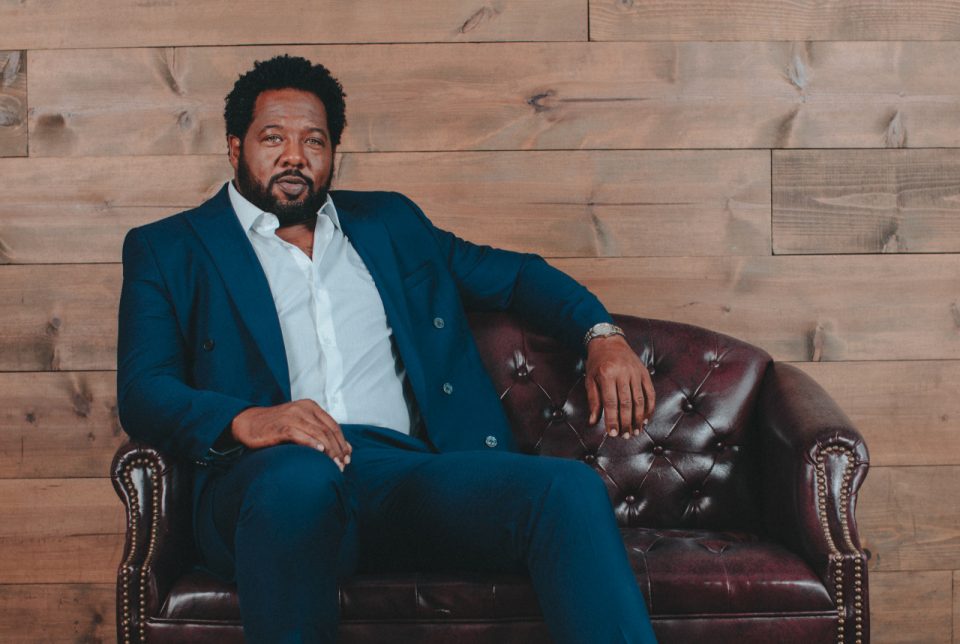 Being a producer of live entertainment is a skill set that not a lot of people can successfully pull off. Jonathan E. Coleman has been able to do so while being involved with live events like BET Experience’s gospel performances and 106 & Park LIVE. Even working red carpet specials for the BET & Soul Train Awards. He has also served as a talent manager for shows including CBS’s The World’s Best, NBC’s The Titan Games, and has taken on various roles for the Grammy Awards, the Academy Awards, and the American Music Awards.

As he is currently supporting the production of Kanye West’s Sunday Service as a producer and choir manager, he is expanding his business, Jonco Entertainment, to include a new venture, Infiniti Music Group.

Coleman spoke to BLACK ENTERPRISE to discuss how he is able to sustain business as he looks for continued success as an entrepreneur.

How do you measure the success of a live event?

What is your formula for teamwork and building long-lasting relationships?

My formula for teamwork is very simple and age-old. No one person can do one thing by themselves and it takes multiple minds to push out a product or a project that is A-1. I really try to lean on the expertise of who can do it best. I get a team in the room and I like to listen to everybody’s opinion. I share information and transparency is important, that everyone knows what everybody is doing, everyone knows what is going on. I open the floor for everyone to have an opinion, now we may not take everybody’s opinion, but I love to hear everyone’s opinion because more than not, they are introducing something that me as a leader has never thought of, which increases the value of the team and the projects.

What goes into the business side of producing and talent management?

Attention to detail. That is first and foremost the biggest thing that I felt really pushed me into another area is my extreme attention to detail. I really pay attention to the nuances and the things that they are requesting. I never get in my own way where I think that I know better but I use my expertise to push their ideas and their projects forward to the best of my ability. That has always been my business model. Of course, then creating a great team of people that can bring that vision or that project to pass. I always try to get the best people that do the best things to come together to turn out the best project for the best idea. I keep the relationships very strong between me and these individuals. I do a good job the first time around so they’ll want to keep on hiring me and keep working with me. Meeting the needs of the artist/contractor and going above and beyond those needs. Giving them more than they expected or asked for.

Infiniti Music Group is licensing made easy. During the pandemic, I was quarantined and having a number of different conversations with friends who are writers and artists, and then friends that are music supervisors for film and TV. Kind of like the parallel of my life, I tend to find the need and then meet the need. Since I have a huge network of both artists/writers and film supervisors, why don’t I create a platform that will meet both of their needs? At that time, usually, artists and writers put out music on platforms like Tidal and iTunes, and then they have a shelf life. A life where people are listening to and promoting their music for like 2 months. Then, after 2 months, their music fades away on that platform and kind of just sits there. After talking to film and TV supervisors who spoke about their over-extended budgets using popular music not being able to find good music on their own. So, Infiniti Music Group created a platform where we will house catalogs of artists and writers’ music spanning various genres. I will also allow music supervisors to search and browse through music that they cannot find on their own. And when they find music they like, they can license it right on the spot. This also gives the music of writers and independent artists a second chance at life. It’s meeting the growing needs in this rapidly changing world.

What advice would you give to someone who wants to follow your path to become a successful producer?

Do a lot of self-work, your success is about your personal development and personal growth. I was always gifted with certain talents that I knew would be used for greatness but in order for me to be recognized with those gifts, I had to do a lot of self-work. It was like eliminating but’s. People may say you’re good, but … I didn’t particularly like the but’s so, instead of spending the time bathing in the accolades of how good I was at what I was doing, I chose to spend a huge amount of time working to eliminate the buts. My advice is to make sure you’re ready and do the self-work so that when the opportunity presents itself you’re prepared and ready for it.