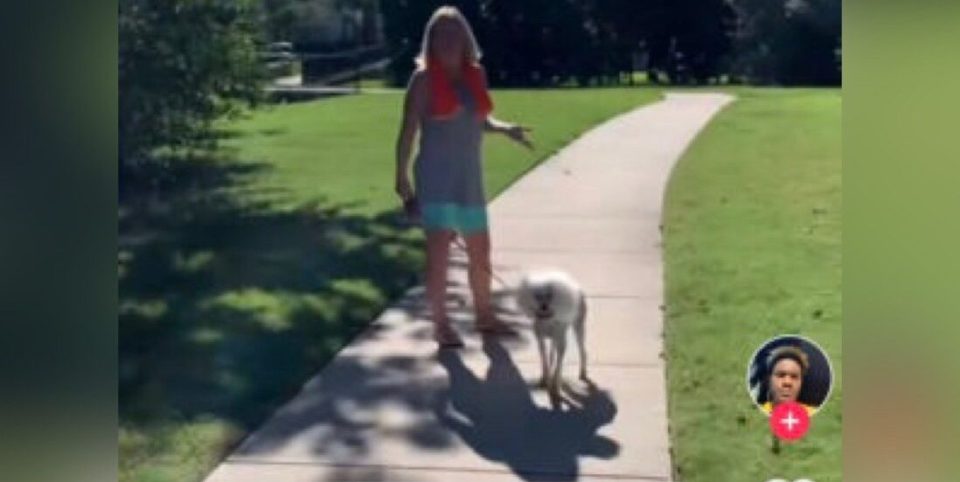 Another meddling “Karen” video has gone viral. This time it involves a Black man skateboarding outside his residence.

A White woman reportedly pushed a Houston hip-hop producer off his skateboard as he was riding it around his apartment complex.

According to TikToker @memphisbluu, the woman accused him of not being a resident of the complex and told him that skateboarding wasn’t allowed on the sidewalks. She then asks for his lease agreement.

The ordeal was captured on video, which has since gone viral on TikTok. It has garnered more than 1.8 million views in less than 24 hours.

In the video, a young Black man is seen approaching the woman he says pushed him off his skateboard and then tried to block his pathway.

The video has an explainer comment to start, noting that “before I started recording, she tried to stand in front of me to block my path, and when I got past her, she pushed me off my board.” He also confirmed that the Karen’s chief complaints were twofold: He didn’t live in the apartment complex, and skateboarding wasn’t allowed on the sidewalk.

The comments also put the location of their exchange in The Woodlands, a high-end Houston suburb.

The TikToker decided to record the confrontation in progress, starting with a back-and-forth about whether he had a lease agreement.

The caption throughout the video expressed the skater has had enough with the many “Karens” of the world, and the various unwarranted encounters, writing, “This how you gotta deal with these Karens in 2021. Simple.”

Many commenters found the creator’s actions were founded, with one writing, “This is exactly how I would have handled this.”

“I love how TikTok never makes me feel alone,” observed another. “This guy is my type of people.”

As of this writing, the video has nearly 5 million views.