Kennedy Hobbs Gunned Down Hours After Her High School Graduation 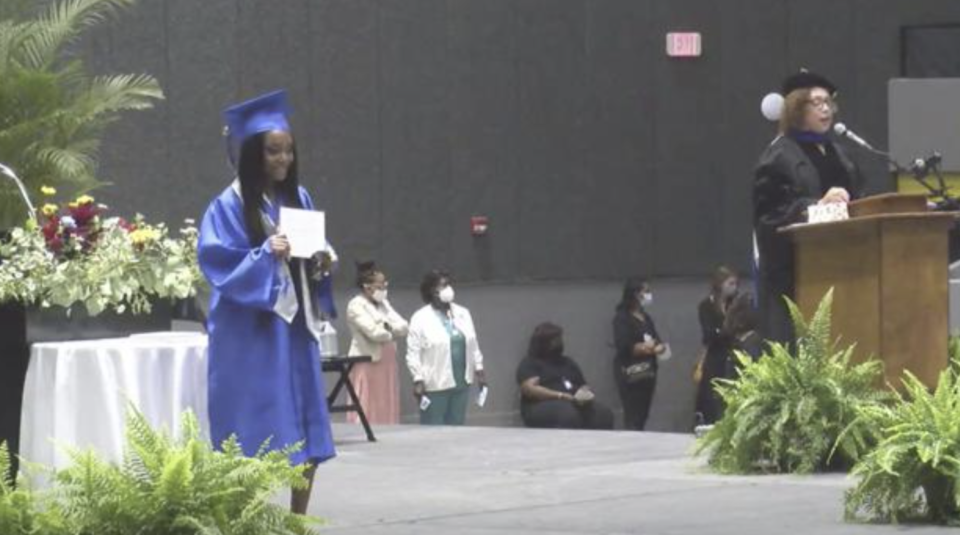 A Jackson, Mississippi, family is grieving immediately after celebrating a teen’s milestone. According to the Associated Press, Kennedy Hobbs had just walked across the stage at her high school graduation on June 1. Little did anyone know, the young woman’s life would end in a tragic hail of gunfire at a local gas station hours later.

On Tuesday night, Hobbs, 18, went to a local Texaco gas station. An unidentified gunman shot the graduate three times and fled the scene. She was pronounced dead at the scene. Ironically, the young woman’s family revealed that Hobbs’ boyfriend, 21-year-old Jaquan Williams, had been gunned down at a local convenience store two months before, following a dispute at the retailer.

Now, the Hobbs family is trying to make sense of the senseless murder. Her mother is a faculty member in the district, AP reported.

Jackson Public School Superintendent Errick Greene said that Hobbs’ death cast a somber shadow on the other graduations in the district.

“To get the news this morning of the passing of one of our dear graduates, it’s tough,” Greene told AP. “It’s really tough. And it brings into view just how important this work is that we do.”

The district’s leader also explained that he stressed the importance of having a plan and spreading positivity because tomorrow wasn’t promised.

“The reality is, we just don’t know when our last day will be,” he continued. “And so it’s just important for us to be more smart about how we set our lives up and the way that we sow positivity and peace in the world and the community around us.”

Jackson police have not indicated if Hobbs knew her shooter. An investigation is ongoing.