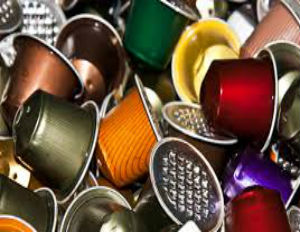 On Monday, Dec. 4, the company most well known for its single-serve coffee machines, instant flavor pods, and single-serve cups, Keurig Green Mountain Inc., has agreed to be bought by an investor company for $13.9 billion. The group, led by JAB Holding Co., offered the deal, valuing Keurig at $92 a share, and will represent approximately 77.9% over Keurig’s closing stock price.

In July, JAB formed a joint venture with Netherlands-based Jacobs Douwe Egberts, now the largest pure-play coffee company, by combing its D.E. Master Blenders 1753 business with the coffee business of Oreo-maker Mondelez International. Mondelez International Chairman and CEO Irene Rosenfeld said in a statement that the move would “diversify our participation in the global coffee category.”

Over the past year, Keurig’s stocks had fallen 61%, while early this morning during trading in New York, shares jumped a whopping 72%, already on track for its best trading day in history. Expected to close in the first quarter of 2016, the deal is one of the latest in a string of coffee deals by JAB, and at the close of the transaction, Keurig will be operating as an independent, privately owned company, based in Waterbury, Vermont.

“Keurig Green Mountain represents a major step forward in the creation of our global coffee platform,” JAB Chairman Bart Becht said in a statement. “It is a fantastic company that uniquely brings together premium coffee brands and new beverage-dispensing technologies like the famous Keurig single-serve machine.”

Keurig’s biggest single shareholder, Coca-Cola, stated that the company would be receiving cash for its stake in the company, which is currently valued at $2.4 billion at offer price.

The company has played a major role in the coffee industry, allowing coffee to be brewed at home and at the workplace.

How are Keurig’s shares doing now? Find out the latest quotes here.