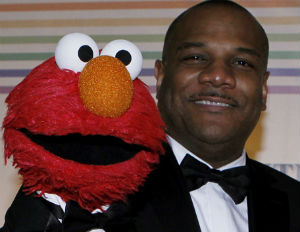 Kevin Clash, the puppeteer and voice of Elmo on ‘Sesame Street,’ has temporarily left the show after accusations that he had sex with a teenaged boy,Â according to TMZ.

Clash, who has portrayed Elmo for nearly three decades on the groundbreaking children’s show, admits to having sex with his accuser, but says that he was of legal age at the time.

“It was between two consenting adults and I am deeply saddened that he is trying to make it into something it was not,” Clash said.

Children’s Television Workshop, the company that produces Sesame Street, said it is standing by Clash. “Kevin insists that these allegations are false and defamatory and he has taken actions to protect his reputation,” representatives from CTW said in a statement. “We have granted him a leave of absence to do so.”

But the accuser’s lawyers – who also represented Jerry Sandusky’s victims – accused Clash of attempting to “discredit the victim in order to protect its employee and the image of one of its most valuable characters. This approach places a greater value on a puppet than the well being of a young man.” His accuser is now 23, TMZ reports.

Clash was the focus of a well-received documentary last year called “Being Elmo,” which told the story of his childhood in Baltimore and how he ended up turning Elmo, a puppet that was something of an afterthought at Sesame Street, into one of the show’s most popular, marketable characters.

Read the whole story at TMZ.