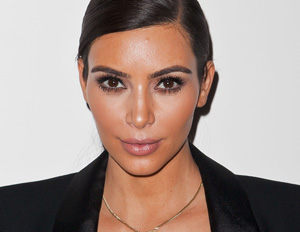 Black Enterprise offices are located a few blocks from a Barnes and Noble that will be host to a Kim Kardashian West in a few hours. Fans have spent the night on the sidewalks around the bookstore to be sure to get a chance to be near the reality star and entrepreneur.

In addition to pounding the pavement to promote her book, Kardashian West has been wearing her executive producer hat, using her star power to bring attention to the potentially hazardous intersection of mental health and social media.

Executive producer Kardashian West joined forces with the producers of Dr. Drew Pinsky’s HLN hit Â “Interventionâ€ to create Red Flag, (#RedFlag). Â The one-hour show, which premiers Tuesday, May 5 at 9 p.m. EST on HLN, takes viewers into the lives of 2 individuals and examines how they use their social media personas to deal with a bipolar disorder and depression.

Prior to the show, Kardashian will discuss the issue in a live Facebook chat at 8PM.Â  Go to Facebook/HLN.

I attended the screening of Red Flag last week. As the producers hoped, there was a provocative and lively discussion after the show about social media and mental health.Â  At one point the conversation turned to the stigma around mental healthcare in the Black Community.

Research has shown that Blacks seek out mental health services at a much lower rate that Whites. A study of the American Psychological Association (APA) called “Race Differences in the Receipt of Mental Health Services Among Young Adults,â€ found that young adult Blacks, especially those with higher levels of education, are significantly less likely to seek mental health services than their white counterparts.

“I think it’s getting better.Â  In my own practice, which is in an urban area, I’ve seen more men come in and certainly women.Â  We may not talk about it as much but we’re starting to,â€ says Taylor.

“Historically, we have used religion and spirituality to make ourselves feel better. I think people are beginning to realize that depression is a biological dysfunction like diabetes or heart disease. You need to get it assessed and taken care of,â€ she adds.

Taylor and I also discussed some of the ways in which social media can influence the mental healthcare debate and how individuals in need can help themselves and others.