Leading men Boris Kodjoe and Blair Underwood are among the stars attending the Black Enterprise/ Pepsi Golf & Tennis Challenge, which will take place from September 2-6, 2010 at La Costa Resort & Spa in Carlsbad, Calif. The event, which continues the celebration of the 40th Anniversary of Black Enterprise, will feature top notch entertainment as well as recognize the achievements of the Black Enterprise Titans of iconic business leadership and the BE Next generation of young business achievers. 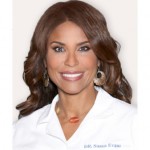 5 Things You Should Know If Your Bank Fails