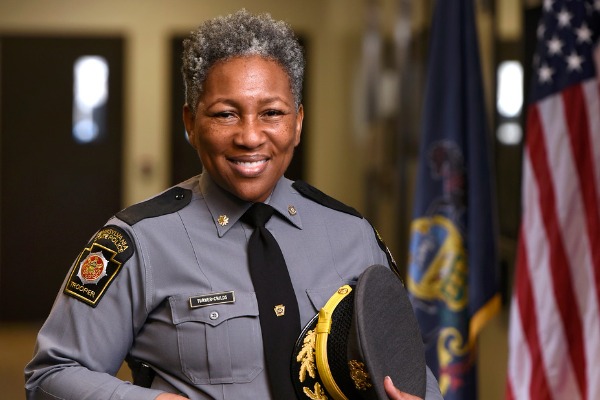 While announcing her new position, Wolf praised Turner-Childs for serving the community while climbing her way up the ranks.

“Her exemplary service and commitment to protecting the public makes her extremely qualified for this leadership role,” Wolf said.

“My administration is committed to ensuring that our workforce is reflective of Pennsylvania’s diverse population and I’m thankful for the lieutenant colonel’s passion for helping all Pennsylvanians throughout her career.”

Turner-Childs enlisted in the troops back in 1998. Over her two decades with the force, she has made history as the first Black woman to command a troop and serve as director of the Bureau of Forensic Sciences, CBS Pittsburgh reports.

“My mentality has always been to help and serve the department and the diverse communities of the commonwealth,” Turner-Childs said. “I am honored to be the first African-American Deputy Commissioner of Staff and hope the appointment inspires others to pursue their passions.”

Already making history as the first person in her family to graduate from college, Turner-Childs went on to obtain her master’s from Central Penn College before graduating from the Northwestern University School of Police Staff and Command and the FBI National Academy.

“I’m not one to believe in a glass ceiling. I just believe the sky is the limit,” Turner-Childs said. “I try to utilize that skillset, being a female, being a person of color. I think it’s my responsibility to always say hey let’s not forget, we have to include, we have to be inclusive.”

Now, as deputy commissioner of staff, Turner-Childs will help Commissioner Robert Evanchick create policies to aid in the agency’s efficiency in carrying out goals and responsibilities.