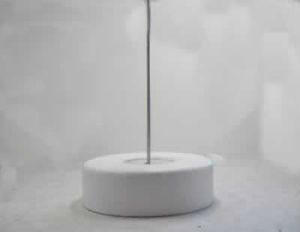 Taxes promise to be a touchy issue at the poles this election season.

Making it rain in the club can be a costly endeavor and now, adult entertainment is about to hit revelers in at least one state in the pocket a little harder.

The New York State Tax Appeal Tribunal and the Court of Appeals have ruled 4-3 that all lap dances will be charged a sales tax for *ahem*Â services rendered, making dropping a few bills on your favorite lady, or man, in the shake club a bit more expensive.

An Albany-based strip club went head-to-head with the Tax Appeals Tribunal to argue that lap dances are “dramatic or musical performancesâ€ and therefore not taxable. The court disagreed and decreed that cover charges and lap dances are subject to state sales tax.

“If ice shows presenting … ice dancing performances, with intricately choreographed dance moves precisely arranged to musical compositions, were not viewed by the [state] Legislature as ‘dance’ entitled to a tax exemption, surely it was not irrational for the Tax Tribunal to conclude that a club presenting performances by women gyrating on a pole to music, however artistic or athletic their practiced moves are, was also not a qualifying performance entitled to tax-exempt status,” the four judges concluded as reported by Newsday.

There was no word on how exactly the tax will be collected during the lap dance interactions, as most lap dances are paid for in cash.