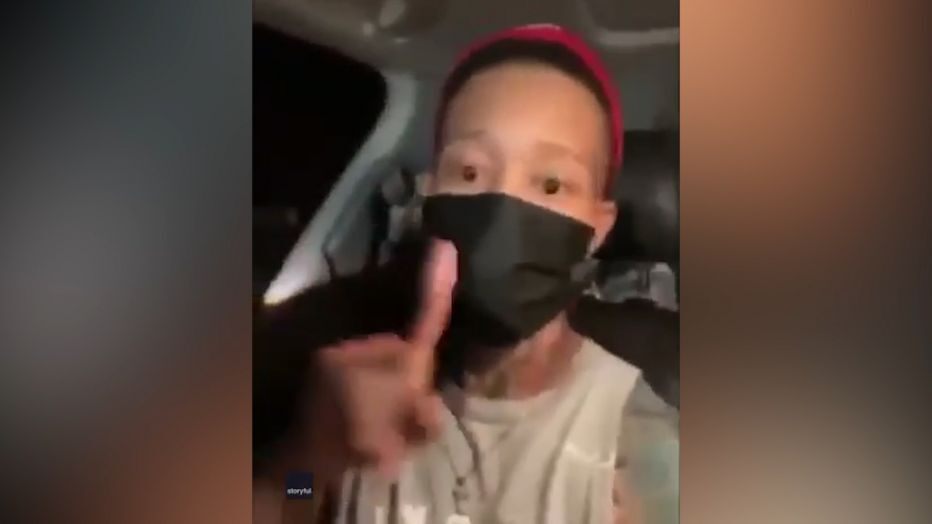 Twin 11-year-old girls were forced to interpret for their deaf mother who was detained by police in Las Vegas.

Andrea “Dre” Hollingsworth is demanding change after Las Vegas police were caught on camera directing her twin daughters to tell Hollingsworth to put her hands behind her back, Fox 5 Vegas reports. Cops were responding to a call from her landlord who dialed 911 after Hollingsworth came to request her rent money back due to her moving out early. However, with police wearing face masks during the arrest, Hollingsworth was unable to understand what they were saying.

“I don’t know, I’m being pulled over and he is interrogating me … I am black, I am deaf, George Floyd just happened,” Hollingsworth recalled of the encounter. “The police officer pulled my arm … and I was like, ‘whoa, why?’ I have never experienced anything like that in my life.”

The officers were heard instructing Hollingsworth’s daughters out of the car. “I will have you come with me so you can talk,” the officer told the girls. Hollingsworth explained how she tried to get the officers to write what they were telling her down. “I’m saying, ‘Look at this. We need to text, we need to write,’ and he just kept on talking,” she recalled.

Hollingsworth’s daughters started screaming and crying when officers forced her down onto the curb. “Tell her to put her hands behind her back,” the officer is heard telling the 11-year-olds. “One of you guys need to talk some sense into her,” they added.

Andrew Rozynski, a deaf rights lawyer with Eisenberg & Baum in New York, explained the mistakes made during the detainment. “Requiring an 11-year-old to interpret in a police situation is against the Americans with Disabilities Act,” Rozynski said. “There are regulations in there that expressly prohibit children from being used as interpreters.”

“There are services out there such as video relay, in which someone can bring up an interpreter on an iPhone or iPad,” Rozynski said in reference to the 24-hour interpreter services available to police including for sign language.

Hollingsworth says her daughters have been left traumatized by the experience. “My kids are afraid because of all the incidents that have been happening recently,” she said. “They are raised Black in this community, so when they see a police officer, they are also on high alert.”

The mother of two shared how surprised she is by the officer’s actions. “I never thought this would happen to me because I am not a criminal,” Hollingsworth said. “I really want all of Las Vegas police to change, because it is really scary how deaf people are treated. If my kids weren’t with me, then I would have died that day. My kids saved my life.”