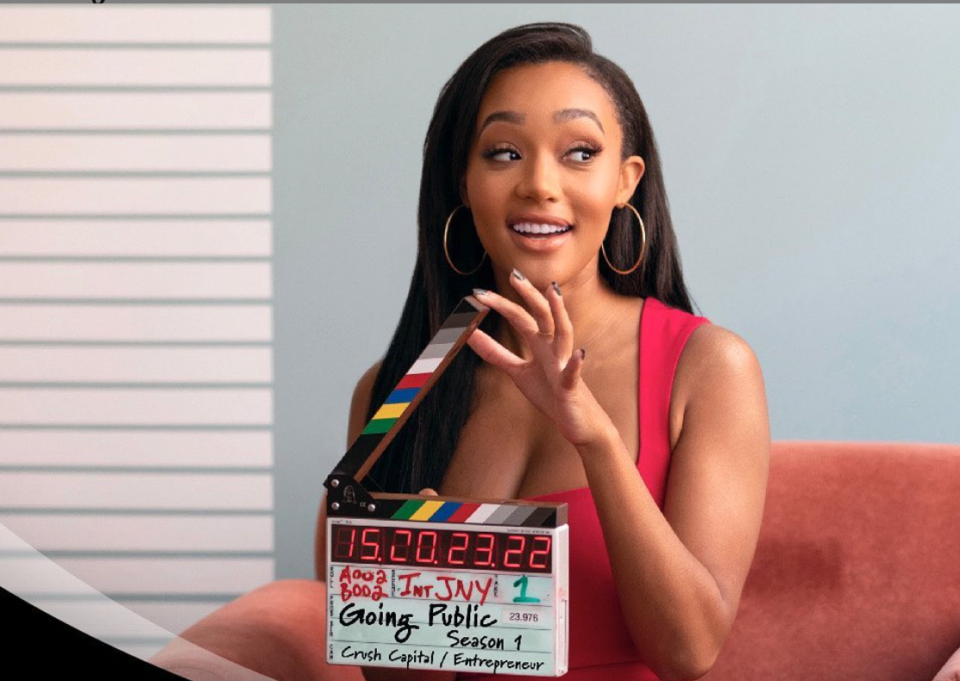 Pioneering Wall Street stockbroker Lauren Simmons will be the face of the new digital series, Going Public. This 10-part series will give diverse entrepreneurs a chance to win over investors and become a publicly-traded company. With viewer support, entrepreneurs will be one step closer to ringing the bell at Nasdaq.

“The moment I heard about this project, I knew I had to be a part of it,” said Simmons in a statement. “America’s entrepreneurs are so much more than just the Silicon Valley tech guys who get most of the attention – and most of the investment. I can’t wait to share the untold stories of exciting and ambitious founders from across the country who, like me, are paving the way doing something completely out of the box.”

Simmons’ will be the host of the reality show Going Public. Her experience as a stock-trader and growing media accolades made her a top candidate to host the interactive series. Everyday Americans will have a chance to invest in Reg A+ Initial Public Offerings (IPO).

The first season will be digitally streamed on Entrepreneur.com. It has a Shark Tank theme with a twist. The interactive component of the show allows viewers to invest in the companies they follow. Simmons will help viewers decipher investment opportunities and analyze the risks and rewards.

This is another chance for Simmons to showcase her financial skills and share her passion with the world.

From Stockbroker to Media Maven

Simmons made history when she became the youngest full-time female trader on Wall Street at age 23. She’s also the second African American woman in the  226-year history of the New York Stock Exchange (NYSE) to hold that title, according to Simmons LinkedIn.

Simmons graduated from Kennesaw State Univerity in 2016. With a bachelor’s degree in genetics, she worked as an Associate Business Analyst and Sales Manager at Saks Inc. In 2017, she joined Rosenblatt Securities and started a journey that would change the trajectory of her entire career.

Rosenblatt Securities is a research and investment banking boutique and institutional brokerage firm based in New York City. Simmons worked as an NYSE Equity Trader at the firm. Her experience quickly made her a leading figure in the world of finance. She executed trades for major institutions and retail brokers and developed investment ideas. Few women have ever taken on this position at the firm.

At the end of 2018, Simmons left Wall Street. She started her journey as a keynote speaker, film and TV producer, and media magnet. This year, you’ll be able to watch Simmons host the anticipated series Going Public in the Spring.