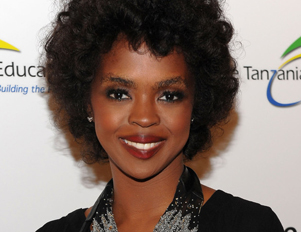 [RELATED: ‘The Miseducation of Lauryn Hill’ Archived in Library of Congress]

According to Rolling Stone, “Feeling Good” was only one song among Hill’s contributions to the compilation, a companion piece to the Netflix documentary What Happened, Miss Simone?Â Hill contributed six Simone tracks to the album: “Ne Me Quitte Pas,” “Black Is the Color of My True Love’s Hair,” “Wild Is the Wind,” “African Mailman” and “I’ve Got Life,” an interpolation of “Ain’t Got No, I Got Life.”

“Because I fed on this music, both hers and lovers like her, like my basic food, I believed I always had a right to have a voice,” Hill previously said of working on the Simone compilation to Rolling Stone. “Her example is clearly a form of sustenance to a generation needing to find theirs. What a gift.”

The magazine reports, The Tonight Show visit was Hill’s first late-night TV performance in four years. She previously stopped by Late Night With Jimmy Fallon in 2011 to cover Bob Marley’s “Chances Are” and “Could You Be Loved” as part of that show’s weeklong tribute to the reggae legend and the late father of Hill’s former partner Rohan Marley.