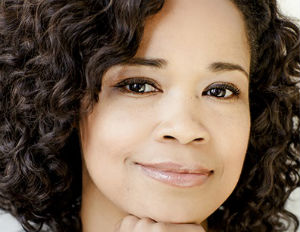 Success comes with a price, and it’s up to you to decide if that price is worth it. Former political strategist, author, leadership expert, and entrepreneur,Â Dana W. White, knows this first hand.

Toting quite the impressive resume, White has worked for a U.S. President, U.S. Senators, four-star generals, and the CEOs of three global fortune 500 companies, offering her a lucrative career, but perhaps at the cost of her personal life.

White shares her take on success, ambition and the necessity for balance with BlackEnterprise.com:

What is the upside of pursuing a career and attaining financial independence as a woman?

I don’t know that there is an upside or a downside. I think it all depends on your choices and what you want in life. I certainly think if I had a family, I’d like to think I would’ve prioritized that over a career, but I don’t have that. Obviously, financial security gives you freedom.Â I think often women underestimate the value of freedom–that’s everything.

What would you consider the downside of pursuing a career and attaining financial independence as a woman?

I think the downside can be if you have chosen a career, and you’ve invested all this time and energy, but then you slow down. I think that’s a choice–not good or bad.

I don’t have a situation. I would like to think that if I got into a situation, I would much rather have an option not to work–to be with a man who is capable of supporting us on his salary–in Dana’s perfect world.

If you’re with somebody and you guys are willing to make the sacrifices necessary for you to stay home, I think that’s just another decision you make in life.

Is there a such thing as having it all? If yes, what does that look like?

I really don’t think you can have it all right now. I tend to be someone who needs to focus. I can multi-task like most women, but, with my personality, I tend to throw myself into whatever I do and do my best at whatever I do.

We have to look at our life in terms of seasons. Unfortunately for a lot of women, we don’t necessarily fully enjoy the seasons of our lives, because we’re in such a hurry to get to the husband and the children. We spend so much time devaluing our freedom, trying to give it away, and not really relishing the joys of being your own person and building the woman you want to be.

Do you feel like your sacrifices along the way were worth it?

One thing that I realize that I think is really important is that good decisions have consequences too. I think that’s been the most disappointing, and hurtful learning.

What I realize is that the 14 year-old Dana, as much as she’d probably be sad and disappointed that she didn’t have children and that she was married, I don’t think that she would’ve wanted to lower the bar on herself.

How have you grown to master the art of work/life balance?

Living in Paris taught me that not everything needs to be done right now. From a spiritual standpoint, there’s something to be said for taking Sunday off.

You have to put up limits. People respect you more when you tell them your limits. We are so afraid of telling people our limits. Whatever needs to be done you can either call me, or we can deal with it in the morning. I think we have an hyper sense of importance. You’re not that important. No one is. So why are you going to kill yourself [for work].

Tell us a little about your book Leader Designed.

I just started thinking about all of the people who got me to where I was. I’d always thought I’d been formed by my own good decisions and hard work. Then I started to realize, with my father’s death, that I was the product of all of these leaders in my life who had painted a picture of who I could be and given me expectations and I had lived up to them.

All of these people sort of laid the breadcrumbs to my life. I was their product, so that’s why I wrote the book. The book is really about all of these people and how everyone has the power to paint the future for someone else. Ultimately, a leader is somebody who inspires you to fulfill your destiny.